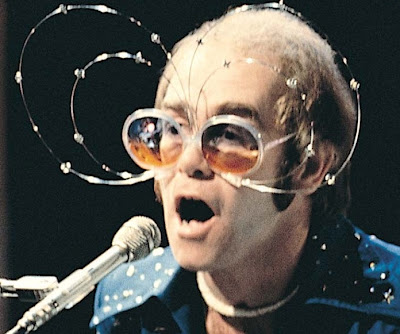 Seeing Elton John in Las Vegas this summer was among my concert highlights in 2008, especially since the show began with my all-time favourite Elton song, Bennie and the Jets. I've never tired of this classic-rock fixture because, 35 years after its recording, the track has somehow maintained its elusiveness and duality. Bennie and the Jets is glam and disco; studio and live; celebration and satire; a dancefloor filler and stubbornly mid-tempoed. The song is so damn indefinable and flummoxing, I wonder if the producers of Soul Train realized they were booking a balding, pasty white Englishman to perform this chart-topper on the African-Amercian music show. Bennie and the Jets — it's a special song, indeed.

Within the last month, I've come across a couple of new songs that could be Bennie's grandchildren. 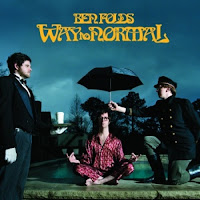 First up is Hiroshima (B-B-B-Benny Hits His Head), the opening track from Ben Folds' latest album Way To Normal (pictured left). Folds, of course, was initially described as the slacker generation's answer to Elton and this comparison, in some ways, stands up. Just as Elton went from the inspired pop of Honky Chateau to the perfunctory MOR of 21 at 33 in eight short years, Folds's recording career followed a similar trajectory between 1997's fizzy Whatever and Ever Amen and 2005's accomplished and mature (read: bland) Songs For Silverman.

The good news is Way To Normal recalls Folds's more playful and energetic earlier records. Opening track Hiroshima sets the tone: It's a blatant homage to Bennie, with its dubbed crowd noise and stomping piano chords (not to mention the stuttering B-B-B's in the subtitle), but whereas Elton's song describes some ultra-cool Rock God in full flow, Folds's song recounts the time he walked over the edge of the stage and sustained a concussion during a concert in Japan. "They're watching me/watching me fall," goes the catchy-as-hell chorus, while the verses are equally guileless and self-deprecating. The song has a great, abrupt ending, too. 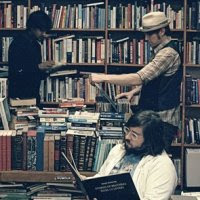 The quintet — think of them as Canada's answer to The Feeling — borrows liberally from FM rock of the late 1970s, especially from the modestly proggy likes of Queen, 10cc, Boston, Klaatu and Supertramp. Here, they build an entire song around the slightest variation of Bennie's piano chord progression although, to be fair, the rest of the song creates its own brand of electric music, solid walls of sound.

As good as these tracks are, they don't hold a candle to the song that inspired them. So, I'd be remiss if I didn't include a video of Elton performing Bennie and the Jets. Here's a campy clip of Elton duetting with the host of The Cher Show, from 1975: