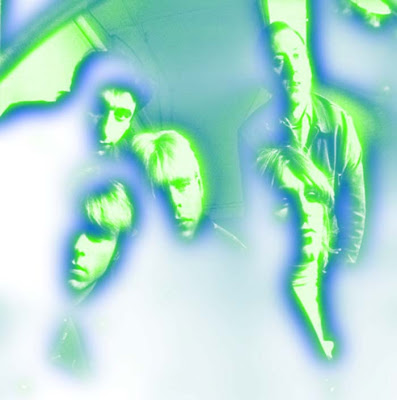 Hair metal, hip-hop and electro-pop are among the genres most widely associated with the 1980s but anyone who frequented indie record shops during the era knows the decade also spawned a seemingly endless supply of quality, '60s-inspired psych and garage bands. A few hit the mainstream but most came and went without much notice, leaving behind a bunch of shoulda-been hits waiting to be rediscovered. Rhino's excellent Children of Nuggets box set from 2005 collected 100 of them — and still there were notable omissions, including today's post from The Playn Jayn. 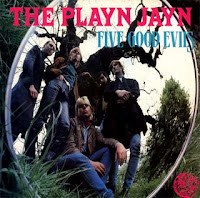 Led by brothers Mike (vocals/harmonica) and Nick Jones (guitar), the London quintet released two albums — the first live, the second studio — that never have been released on CD (at least as far as I can determine). The wonderfully titled I Love You Like I Love Myself is the leadoff track from the group's sole studio offering, Five Good Evils, released in July 1985.

Naturally, this Jones/Jones composition is a meant to be a narcissist anthem but its dopey lyrics — "Love is like a butterfly/ Lives one day and then it dies" — suggests tongue is firmly planted in cheek. The music, though, is no joke: It's an uncannily accurate period pastiche, highlighted by Nick's doomy, horror-movie intro, Clive Francis's hyperactive drumming and Mike's playful vocal. "I love myself! I need myself!" he declares straight-faced, as the song comes to a close.

The Playn Jayn fell off the radar following Five Good Evils and a revival seems unlikely. According to internet reports (so take this with a block of salt), Nick has given up music and is working as a photographer, while brother Mike is an acid casualty, living with his parents in Bournemouth.

I Love You Like I Love Myself (link expired)

I was unable to locate any footage of The Playn Jayn but I found the next best thing: Cars keyboardist Greg Hawkes playing Eleanor Rigby on ukelele. Tune in, turn on and drop out, man.