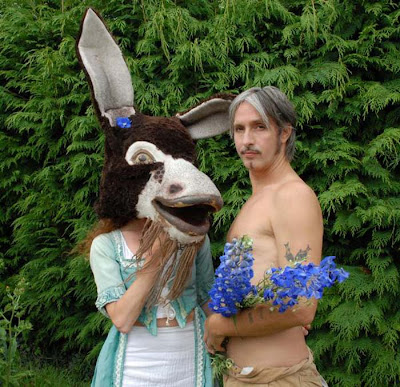 2008 will be remembered as the year a beloved, late-'80s act returned to record stores for the first time in 17 long years. I am referring, of course, to the Bournemouth, England, duo of Caroline Crawley and Jem Tayle, better known as Shelleyan Orphan. (To whom did you think I was referring?) 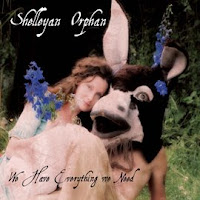 They are currently touring the UK in support of We Have Everything Their Need (pictured left), their first album of new material since 1991's Humroot. (You can hear a couple new songs, as well as their sublime 1986 single Cavalry of Cloud, about Nick Drake, on their MySpace page here.) These chamber-pop boffins didn't split because of intolerable, Pink Floydian rancour yet their reunion is still surprising because there seemed an utter lack of demand for one. I have great affection for their first three Rough Trade records, especially 1989 sophomore disc Century Flower, but I would have suspected Shelleyan Orphan could play to all of their remaining diehard fans in a venue only slightly larger than a telephone booth. I'm glad to be proven wrong.

Today's post is one of my favourite cuts from the forementioned Century Flower. Amanita Muscaria may not feature Crawley's lovely voice but the instrumental is bewitching all the same and representative of the baroque beauty of which Shelleyan Orphan are capable. The dramatic, sawing cellos and swirling, unfettered woodwinds combine for what could be mistaken as God's soundtrack for the blooming of a flower. Yes, it's that enchanting. Perversely, Amanita Muscaria isn't a flower but a poisonous fungus known for its hallucinogenic properties. Oh, the stuff you can learn reading this blog...

Despite using such non-rock 'n' roll instruments as oboes and cellos and bassoons, Shelleyan Orphan are also capable of rhythmic, pulse-quickening songs, such as Century Flower's rollicking single, Shatter. Here's the video:

A darkly ghostish host of a track. The new album should put them back in the forefront of todays music world. Always original, always pop and full of invention. And they dont take themselves too seriously as anyone who has seen their recent shows can testify. A great live band with a deep vein of intent.