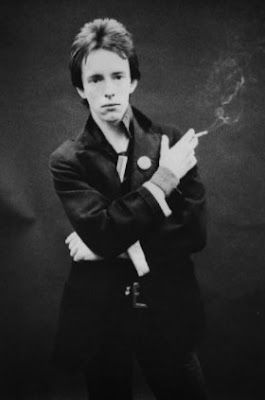 This has been an eventful year at retail for The Clash; not bad for a band that imploded almost a quarter century ago. Earlier this year saw DVD releases of Revolution Rock, a collection of live performances and TV appearances, and The Future is Unwritten, Julian Temple's acclaimed documentary on the life of Joe Strummer. This month, there has been a new record, Live at Shea Stadium, and an upscale coffee table book (very punk rock!) that doubles as the band's autobiography. It makes you wonder: has the bottom of the barrel been scraped clean, or can more CRP* be dredged up to lure Clash fans to the cash register?

Clash Mark II guitarist Vince White has proposed a re-recording of the band's much-reviled swansong Cut the Crap that would use Strummer's existing vocals, a la Free as a Bird. An intriguing proposition, especially if Mick Jones were involved, but also a potential train wreck. 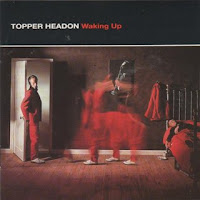 I'd rather see a CD reissue of Topper Headon's one and only solo album, Waking Up, originally released in 1986 and swiftly relegated to the delete bins. It deserved a better fate. Headon had been booted out of the Clash four years prior due to his heroin addiction and was still a user when he recorded Waking Up, although song titles such as Just Another Hit and Monkey on My Back are the disc's only signs of his junkie lifestyle. Otherwise, the eight originals and two covers (Gene Krupa's Drumming Man and Booker T's Time is Tight) are flamboyant and lively, reflecting Headon's lifelong affection for old-school soul, jazz and funk. Much credit goes to Headon's fine band, featuring guitarist Bob Tench (of The Jeff Beck Group), Clash session keyboardist Mickey Gallagher and veteran soul belter Jimmy Helms (who would later found Londonbeat and write its 1991 chart-topper I've Been Thinking About You).

Since this album has been long unavailable, I'll post three Waking Up highlights: Leave It To Luck, a gritty Sam and Dave-styled number with a bravura vocal from Helms; I'll Give You Everything, an infectious pop-soul tune that should've been a hit; and Got To Get Out of This Heat, a groovesome, '80s-funk instrumental that would have fit snugly on a Style Council record.

Leave It To Luck (link expired)

I'll Give You Everything (link expired)

Got To Get Out of This Heat (link expired)

Headon was imprisoned for drug-related offences a year after Waking Up's release. He has since conquered his drug addictions and, last January, joined former Clashmate Jones onstage for the first time since 1982. Here's footage of Topper, sitting in with Mick's new band Carbon-Silicon, playing the Clash's Train in Vain ...