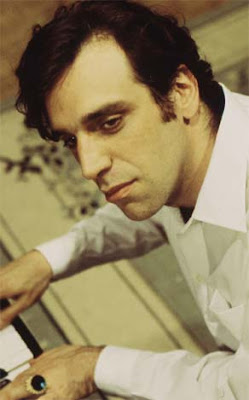 A love letter to the smooth sounds of the Yacht Rock era? Or an impressively detailed pastiche slathered in irony? I'm still not certain how to view Soft Power, the latest album from Jason Charles Beck, a.k.a. Gonzales. As the title suggests, Soft Power is a virtual compendium of soft-rock styles that dominated sales and radio play in late-'70s and early-'80s. Maybe Gonzales is simply allowing his inner Stephen Bishop to come out and play. Or maybe he's just taking the piss. All I know is: I put the record on, I feel like I've tuned into an AM station from 30 years ago and I get swept away by the lushness of it all, so much so I don't care if Gonzales' tongue is resting in his cheek.

Personally, I don't think that's the case. Most of the songs on Soft Power are so lovingly crafted, with such attention to period detail, that I'm confident this Montreal-born, Paris-based singer-songwriter-producer has genuine affection for the era he's mimicking.

Today's post is a Soft Power standout — a plush, mid-tempo piano ballad that's a little Stephen Bishop, a little Player (ask your mom about them), and a whole lot of Todd Rundgren's Can We Still Be Friends, topped off by the sort of overemotive sax solo that was once de rigueur for male singer-songwriters wanting to underscore their unassailable sensitivity (in an effort to get into some lovely lady's Jordaches).

Quite simply, no one makes music like this anymore. If alternative is hip, and you're striving to be truly 'alternative' in 2008, don't sound like My Chemical Romance — sound like Christopher Cross. Using this logic, Soft Power just might make Gonzales the hippest musician alive. Award the man bell-bottoms, a kaftan and a mood ring.

Working Together is another Soft Power highlight; it's a little funkier than Slow Down and contains a lyric that'll resonate with anyone who related to the movie Office Space. Here's the track's delightfully sardonic video: