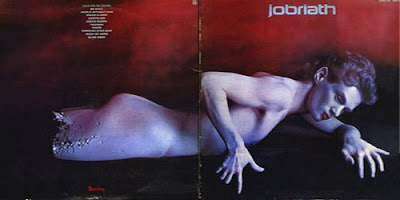 "So what you are about to see and hear is an unusual and exciting theatrical event," Gladys Knight said, with emphasis on the word 'unusual', when introducing a performance by Jobriath on the Midnight Special that aired March 8, 1974. "This young man, uh, you're about to see this morning is the act of tomorrow." Knight, of course, couldn't have been more wrong although, judging from her delivery of the introduction (see video below), it's clear the soul legend didn't believe a word she was saying. Just over 12 months later, this 'star of tomorrow' would see his glam-rock career implode under the weight of outrageous hype, overzealous management, drug abuse and widespread critical scorn, much of it undeserved. 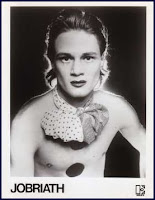 Needless to say, his is one of rock's saddest tales. Jobriath — born Bruce Wayne Campbell in 1946 — was coming off the original Los Angeles run of Hair and a stint in a short-lived prog outfit, Pidgeon, when he signed as a solo artist with onetime Carly Simon manager Jerry Brandt. Glam-rock was at its commercial zenith and Jobriath — rock's first openly gay performer — was pitched to labels as the natural successor to the sexually ambivalent likes of Marc Bolan and David Bowie. ("I'm a true fairy!" Jobriath told Rolling Stone in October 1973.) Many labels passed — Columbia Records' Clive Davis reportedly described the Jobriath's demos as "mad and unstructured and destructive to melody" — but Elektra Records bit ... and bit hard. Label head Jac Holzman signed Jobriath for a reported $500,000 advance and sunk more big dollars into the promotion of the singer's self-titled debut, released in late 1973. World domination, at least according to Brandt, was a foregone conclusion.

Except it wasn't. Despite a 50-ft. billboard in Times Square, posters throughout the London transit system, full-page magazine ads and an appearance on the nationally televised Midnight Special, Jobriath's first album didn't sell and neither did its hastily recorded followup, Creatures of the Street (released just six months later). Jobriath's timing didn't help: glam-rock had peaked commercially and, by 1974, Bolan's popularity was in sharp decline while Bowie had wisely moved onto the plastic soul of Young Americans, which dovetailed with the nascent disco movement. (Some actually blamed Jobriath for the death of glam.) In 1975, first Elektra dropped Jobriath — Holzman later calling the music an "embarrassment," a sentiment shared by most critics at the time — and then Brandt ditched him, too. The singer announced he was quitting music and retired to the glass pyramid he erected on the roof of the Chelsea Hotel in New York City. Attempts to break into the movies, to write a musical based on his life and to record a third album all failed and, by the early 1980s, he was working as a singer in a New York cocktail bar. In July 1983, Jobriath, a has-been-who-never-really-had-been, died of AIDS-related illnesses. He was 36. 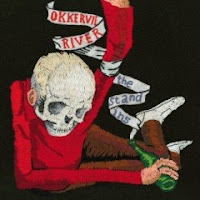 Austin's Okkervil River never struck me as a band that would know, much less empathize with, a largely forgotten, glam-rock footnote. Yet today's post, which closes the band's outstanding new album The Stand Ins, is a heartfelt elegy to the late singer. The music is fittingly ambitious and disarmingly beautiful (Jobriath surely would have approved), while singer-lyricist Will Sheff uses a first-person narrative to inhabit the thoughts of his subject during those wilderness years in the glass pyramid. If you know some details of the period, Sheff's words ache with sorrow and regret; the general tone vacillating between self-pity and bruised dignity. "Pull down the shades/Let's kill the morning/Let it die ... Fuck long hours sick with singing the same songs/In the bars they'll soon be drinking/Let's cash my cheque and drink along." This is the autobiographical musical Jobriath never completed, condensed into six minutes of pathos. It is, as Knight would say, an unusual and exciting theatrical event.

Great post. I've always been fascinated by the story of Jobraith, and was excited to buy the Morrissey-complied "Lonely Planet Boy" a few years ago when it came out a few years ago. I was actually really impressed that, in my mind at least, the music lived up to the hype. (I got those Collector's Choice reissues a few days ago, and have been playing the debut to death.)

Anyway, I discovered Okkervil River a year or so back, and was delighted to see Will had set Jobraith's story to music. As you say, the music and lyrics perfectly encapsulate those last days. It's great when two things you love overlap in the Venn diagram of life.