Too Much Time — Captain Beefheart and the Magic Band (1972) 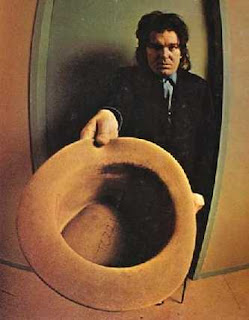 When your career has been spent pushing envelopes, subverting musical styles and pursuing surrealism to the periphery of rational thought, what's left to shock your audience? Going mainstream, of course.

That's what Captain Beefheart and the Magic Band did in 1972 when they hired Van Morrison/Carly Simon/Doobie Brothers producer Ted Templeman to guide their seventh record, Clear Spot. The album's relative accessibility and conventionality must have seemed the most radical of all possible moves for the Captain, aka Don Van Vliet, who spent the previous three years engaged in the gnarled blues and anarchic experimentalism of Trout Mask Replica and Lick My Decals Off, Baby.

Yet Clear Spot was hardly a sell-out move: the record is simply too accomplished, too well-crafted and too replete with good ideas and good songs to be dismissed because of the ease for which it can be enjoyed. 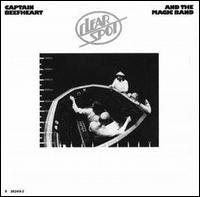 "Believe me, I'm not compromising one damn bit on this album," Van Vliet told Rolling Stone in January 1973. "Sure, the changes will ruffle some feathers but I'm fooling them all because I enjoy playing this stuff more than Trout Mask Replica."

Today's post is Clear Spot's most accessible track and first single, an uncanny replication of the classic Stax-Volt sound with horn charts by Templeman, sweet female harmony vocals by The Blackberries and some nice, Bobby Womack-styled guitar from Russ Titelman. No weird-ass lyrics from the Captain, either; just heart-on-shirtsleeve pining for a woman's affection ... and her culinary skills. "Sometimes when it's late and I'm a little hungry/ I heat up some old, stale beans/ Open up a can of sardines/Eat crackers and dream about somebody that'd cook for me," sings the Captain, likely raising the blood pressure of those pop fans who pushed Helen Reddy's I Am Woman to the top of the 1972 hit parade.

Um, no. And ultimately Clear Spot didn't provide the commercial breakthrough the Captain anticipated although, as consolation, it ranks among his finest recordings. Unlike his other blatantly commercial album, 1974's Unconditionally Guaranteed, which blows in a bad way. Do you know what I mean?

Too Much Time (link expired)

Among the other Clear Spot highlights is the wonderfully titled Nowadays A Woman's Gotta Hit A Man. Here's a live performance of the song from 1980:

Good stuff! I love "Sun Zoom Spark" and "My Head Is My Only House Unless It Rains" from that album.