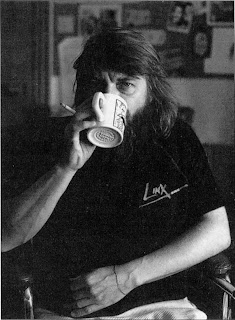 Another batch of Rock and Roll Hall of Fame induction candidates has been announced and, once again, Neil Diamond's name is nowhere to be found. His omission is inexplicable, bordering on criminal: If voters are reluctant to induct the bespangled one as a performer, then surely this Brill Building alumnus deserves admission for his compositions. Hell, even if he hadn't written Sweet Caroline or Cracklin' Rosie or Kentucky Woman or Cherry Cherry — immortal tunes all — he'd deserve induction solely on the strength of the pained, soul-searching Solitary Man and the euphoric I'm A Believer, which is, quite simply, one of the greatest pop songs of all time. The Monkees and Smash Mouth enjoyed major chart success with the song in 1967 and 2001, respectively, while the tune also inspired covers by such disparate acts as The Four Tops, The Ventures, Tim Huey and Bram Tchaikovsky. However, the most poignant version of the song surely belongs to Robert Wyatt, who recorded the track as a single in 1974, about a year after he accidentally fell from a third-storey window, leaving the former Soft Machine drummer paralysed from the waist down. 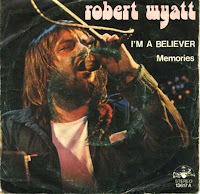 Produced by Pink Floyd's Nick Mason, who drums on the track, Wyatt's Believer hurtles along to Dave MacCrae's pounding piano and features lots of prog-rock guitar noodling by Fred Frith, who also contributes a violin solo. (This sort of thing was allowed in pop songs in 1974, apparently.) Meanwhile, in light of Wyatt's recent personal tragedy, Diamond's lyrics — "What's the use of trying?/All you get is pain/When I needed sunshine/I got rain" — carry additional emotional heft, while the song's central theme of overcoming hardship and transcending misery is genuinely inspirational coming from an artist who was doing just that.

Yet Wyatt isn't proud of I'm A Believer, released two months after his expressionistic masterpiece, Rock Bottom. In a 1996 interview, he revealed he was being pushed into recording radio-friendly singles by his then-label, Virgin.

"I didn't really mean to do that one," Wyatt told interviewer Richie Unterberger. "I thought, well, what should I do that's just like the most unhip thing you can possibly think of? But, that's really nice (laughs)? And I thought of the Monkees doing Last Train to Clarksville or something like that. But then, I couldn't remember the title, and I did I'm A Believer. I'm not full of malice, but I do dislike Neil Diamond a lot, and I'm sorry that I've done a Neil Diamond song. If I lived my life over again, I would leave them to the master (laughs)."

The master, however, is having the last laugh. Diamond recently revealed, of all the songs he's written, and all the hits he's charted, I'm A Believer has been the most lucrative.

Regardless of Wyatt's antipathy toward the song, his Believer went top-30 in the UK, prompting an unlikely appearance on Top of the Pops in September 1974. The program drew Wyatt's ire when a TOTP producer suggested he perform in a regular chair, explaining a wheelchair-bound appearance was "not suitable for family viewing." (Different times, indeed.) Wyatt won this battle, although notice how the cameras avoid shots of the wheelchair ... and how pissed off Wyatt appears.