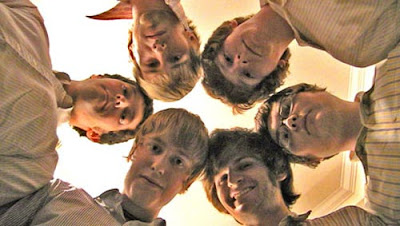 For fans of Brian Wilson, last weekend was long in more ways than one. The three-day Labour Day break was welcomed but, truth be told, part of me was itching for today to arrive so I could hit the record shops and pick up a copy of Brian Wilson's new solo disc, That Lucky Old Sun.

I've been pining to hear it since Wilson, the Beach Boys' damaged genius, and Van Dyke Parks, his friend and occasional collaborator, started talking it up more than a year ago. And as the record's release approached, the positive buzz grew louder and louder until I am now hoping for music that's closer to the orch-pop excellence of Pet Sounds and SMiLE than the retread Wilson-isms of 1998's uninspired Imagination and 2004's dire Gettin' In Over My Head. (Alas, an early review on AllMusic — read it here — has tempered these expectations.) 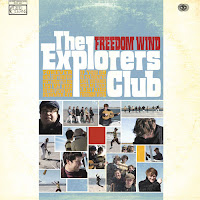 While counting down the last few days to That Lucky Old Sun's release, I've sated by appetite for new Wilson music with Freedom Wind, the debut album from South Carolina six-piece The Explorers Club. (Apparently, none of the group's members knows how to use an apostrophe.) Released last spring, this 35-minute disc flawlessly recreates the sun-kissed sound of classic-period Beach Boys, circa 1965-66, on 12 'originals' written in whole or in part by 23-year-old frontman Jason Brewer. Of course, countless groups have evoked the Beach Boys and updated their sound — please stand up Pearlfishers, High Llamas, Ruby Suns and Beulah — yet The Explorers Club are different. There's no updating. There's no evoking. In fact, there's no trace of unique style or approach. The Explorers Club's sound is the sound of the Beach Boys and, providing derivative isn't a dirty word in your vocabulary, there's much to treasure in Freedom Wind.

Opening cut Forever is rife with Beach Boys references, both blatant and subtle. Its drum intro is borrowed from The Ronettes' Be My Baby, which happens to be Wilson's favourite pop song. Its title is the same as a notable Dennis Wilson ballad found on the Beach Boys' Sunflower album (hear it here). And, of course, the soaring falsetto lead vocal, stacks o' vocal harmonies, chiming Christmas bells and irony-free lyric about unrequited love for a special girl — all rendered in glorious mono, or a reasonable facsimile — shape a track that could pass as a lost classic from the Today! or Summer Days (and Summer Nights!!) sessions. Yes, it's that good.

One lingering question about these unabashed yet undeniably accomplished mimics: If Brewer is the group's de facto Brian Wilson, who drew the short straw and was named the de facto Mike Love?

Now back to Brian. Here's EMI's promotional trailer for That Lucky Old Sun, with song clips from the new album:

The leader of the Explorers Club is Jason BREWER not Brewis :)

If Brewer is the group's de facto Brian Wilson, who drew the short straw and was named the de facto Mike Love?

Glad you enjoyed the last line, Senormedia. I had a chance to look over Audio Archives and I've thoroughly enjoyed the content. I've added a link; I hope some other folks check it out...

I just posted a phone interview with Jason Brewer of The Explorers Club to my blog. Take a listen - I hope you'll enjoy it.