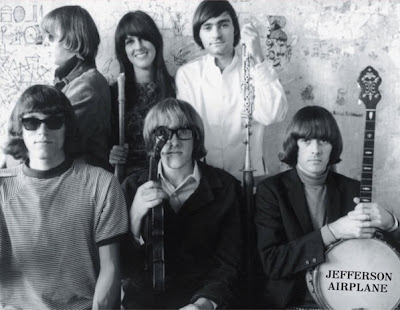 There's a paradox at the core of the classic-rock radio format. On one hand, the format thrives because millions of people (and not just baby boomers) believe that rock music of the 1960s and '70s has never been bettered; that the albums of this era were indivisible artistic statements and not just one or two good songs surrounded by a bunch of filler. Fair enough.

Yet, time and time again, classic-rock radio will condense an act's expansive, much-heralded body of work into a clutch of songs that generally can be counted on two hands. Led Zeppelin and The Rolling Stones are among the lucky ones; they might have 15 or 20 songs played regularly on classic-rock radio. Conversely, few bands have been as short-changed by classic-rock radio as Jefferson Airplane, which released seven studio albums between 1966 and 1972, yet is generally represented on the airwaves by just two overexposed warhorses: Somebody to Love and White Rabbit. If these San Fran psychedelic scene-setters were so damn classic, can't some programmer find another JA song to broadcast? 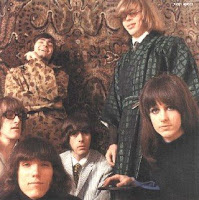 Bongo Jazz is here to help. Today's post is hardly an obscurity; a thing of delicate beauty, this Marty Balin-penned and sung ballad closes Side 1 of the Airplane's much-loved Summer of Love soundtrack, Surrealistic Pillow (also home to Somebody to Love and White Rabbit).

JA road manager Bill Thompson says Balin wrote Comin' Back To Me in one sitting while staying at the Tropicana Hotel in Los Angeles and, according to lore, enjoying some top-grade marijuana given to him by Paul Butterfield. (The song's first line — "The summer had inhaled and held its breath too long" — suggests Butterfield's weed was, indeed, primo.) So excited about his new song, Balin immediately entered the studio and recorded Comin' Back to Me, with Jerry Garcia and Jack Casady on acoustic guitars and Grace Slick on recorder, in one take on Nov. 1, 1966.

"(Balin) told the engineer to start the tape and he sang it live one time," Thompson recalls. "Marty, always the poet, said: Yeah, it's rough, but that's how love is."

One take is all that was needed. Comin' Back to Me is breathtaking; its striking chord progression and Balin's nuanced, masterfully phrased vocal are the aural equivalent of stirring from a deep sleep and feeling nothing but slightly dazed bliss. The song was resurrected in the 1990s by Richie Havens and Rickie Lee Jones but, as accomplished as these cover versions are, they can't touch the original.

Push come to shove, it's my favourite Airplane song — and one actually worth playing on the radio. Really.

Comin' Back to Me (link expired)

Surrealistic Pillow contained a second lovely Balin ballad, Today. Balin sang it on the album, although Slick performed it with the Airplane during the 1967 Monterey Pop Festival. Here's the footage: