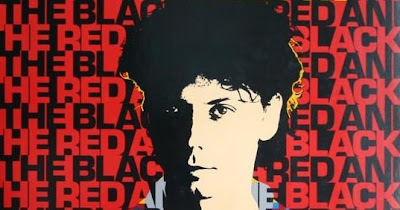 By now, Brian Eno and David Byrne fans surely have heard the pair's first collaborative album in 27 years, Everything That Happens Will Happen Today, does not mark a return to the polyrhythmic, funk-rock experiments of I Zimbra, Remain in Light and My Life in the Bush of Ghosts. For those disappointed by this fact, I dust off the mostly unloved first solo disc from Talking Heads keyboardist/guitarist Jerry Harrison, recorded less than a year after the release of Remain In Light and featuring most of that landmark record's supplementary musicians. Harrison titled it The Red and the Black; it could have been titled Remainder in Light. That's not meant as an insult; the best of these Byrne- and Eno-free solo tracks are better than the Remain in Light outtakes that surfaced on its 2006 reissue. 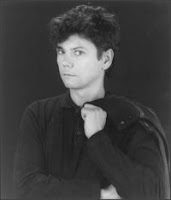 Case in point: Red/Black leadoff track Things Fall Apart. Steve Scales and the late Yogi Horton lay down a hypnotic, percussive intro before their fellow auxilary Heads lock into a deep, funk groove, driven by a killer bassline from George Murray and topped by the soulful background harmonies of Nona Hendryx, Dolette McDonald and Koko Mae Evans as well as a groaning Adrian Belew guitar solo. The lyrics, meanwhile, seem to address intraband tensions within Talking Heads during the Remain in Light sessions, when Byrne and Eno's creative 'leadership' made the other three Heads feel like sessioneers in their own band. "You thought that whatever happened, we would make up," Harrison sings about a subject who's "so convinced of your own point of view/In any event, you thought you'd know just what to do."

The summery, feel-good Slink is the closest thing to Red/Black's big pop moment, a la Once In A Lifetime, except a lyric detailing how to smuggle drugs past security without getting caught ("You've got to control your panic/ Slow down, pause and handle it") possibly prevented it from battling Olivia Newton-John and Quarterflash to the top of the late-1981 singles charts. Of course, the fact Harrison's lead vocals make Byrne sound like Aaron Neville probably curtailed the song's — and album's — commercial potential.

In the end, The Red and the Black proved the red-headed stepchild of the three Heads solo releases of 1981, easily eclipsed in terms of sales and acclaim by Byrne's soundtrack to Twyla Tharp's The Catherine Wheel and by Tina Weymouth and Chris Frantz's self-titled Tom Tom Club debut, both of which have stayed in print since their release. Harrison's solo debut, on the other hand, was quickly deleted and remained unavailable until recently, when iTunes started selling it as a digital download.

Music fans still hankering for a sequel to Remain in Light could do a lot worse.

So, what are Byrne and Eno up to on Everything That Happens Will Happen Today? Here's the video for first single Strange Overtones:

Buy The Red and the Black on iTunes
Posted by DVeitch at 3:45 p.m.