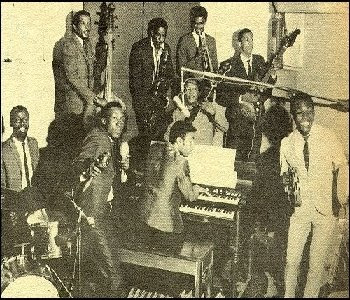 Sound Dimension — named after a brand of echo-box machine — featured former Skatalites pianist Jackie Mittoo, Heptones singer-bassist Leroy Sibbles and oft-hired session guitarist Ernest Ranglin in its rather fluid ranks. Between 1968 and 1972, they provided the bedrock to countless classic reggae sides by the likes of John Holt, Dennis Brown, Alton Ellis and Freddie McGregor, to name a few. 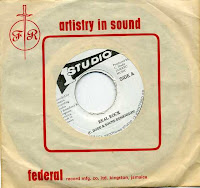 They also scored many hits of their own, most notably Full Up and Real Rock, two of the most versioned songs in reggae history. (The former, for instance, provided the melody for Musical Youth's 1983 chart-topper Pass The Dutchie; the latter was turned into Armagideon Time by Willie Williams/The Clash, Cool Out Son by Junior Murvin, Keep in Touch by Sizzla, and All Mixed Up by 311.)

Rockfort Rock (aka Psychedelic Rock) hasn't been versioned as often as Full Up or Real Rock but, nevertheless, it is one of Sound Dimension's most popular and enduring tracks. This is deep reggae driven by a Sibbles's booming bassline, an elephantine riddim and a playful, stick-in-your-mind melody courtesy trumpter Johnny Moore, another Skatalites alumnus. (Listen for his little riff on London Bridge is Falling Down at 1:32.) The only problem with the track: It fades after two and a half minutes, leaving you craving more.