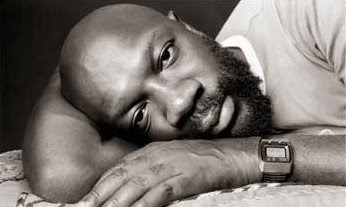 Just last weekend, I was jogging around the neighbourhood and starting to feel dog-tired when my iPod shuffle happened upon Sam and Dave's Hold On, I'm Coming. My fatigue immediately evaporated and my pace quickened, as the song's nagging horn riff powered my every stride and those stealthily filthy lyrics kept my mind otherwise distracted. (How did the song sneak by censors??!!) When this classic Isaac Hayes-David Porter composition ended, so did my second wind — not surprising, as only the truly special songs can get the adrenalin flowing and make you feel transcendent, if only for a few fleeting minutes. As I limped home, energy now fully expended, I decided to blog about Hayes sometime soon.

I wouldn't have believed, seven days later, I'd be mourning the great man's passing. To me, Hayes always seemed bigger than life. He was elemental. He was Black Moses and the tablets, for chrissakes. Alas, he was found by his wife, collapsed by a running treadmill in their Memphis home, and pronounced dead this afternoon. He was 65 — and is now, unofficially, the coolest mofo in heaven. If God ever wanted to hear Amazing Grace tranformed into a carnal, 22-minute slow jam, well, He's got His man. 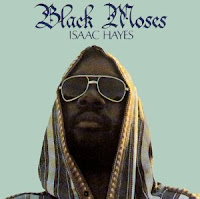 Here on earth, his music remains immortal. With Porter, he penned such world-conquering Stax singles as Soul Man, When Something Is Wrong With My Baby, I Thank You and B-A-B-Y. Yet, when he embarked on a solo career with 1967's Presenting Isaac Hayes, he became more of an interpreter of other people's material, creating upscale, epically blackified versions of Jimmy Webb's By The Time I Get To Phoenix, George Harrison's Something and a handful of Burt Bacharach-Hal David standards (Walk On By, The Look of Love, Close To You). 'Proto' is a prefix that can be used liberally when discussing Hayes's influence. He was proto-southern soul and proto-disco and proto-rap; it's no exaggeration to say the '70s output of Barry White, Marvin Gaye and Gil Scott Heron owes a huge debt to Hayes's early, trailblazing solo discs.

And you all know about Shaft.

So, here's a miniscule sampling of Hayes's work: Rachel Sweet's cover of B-A-B-Y (a Hayes-Porter smash originally recorded by Carla Thomas), the edited, seven-minute version of By The Time I Get To Phoenix (not the 18-minute behemoth) and, finally, Hayes-as-Chef boasting about his Chocolate Salty Balls.

By The Time I Get To Phoenix (link expired)

For a fellow who initially made his name behind the scenes at Stax, Hayes proved to be a consummate performer, as this footage from the 1972 Wattstax concert at the Los Angeles Coliseum attests: