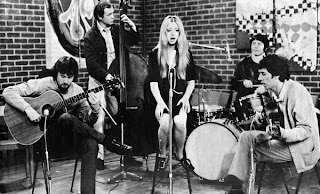 As noted rock philosopher Neil Sedaka once opined, breakin' up is hard to do. He was mostly correct but what he failed to mention, or perhaps didn't know back in 1962, is that staying broken up can be a bitch, too, especially if there's nostalgia to milk and money to be made. Over the past couple years alone, The Police buried the hatchet ... or at least put it out of arm's reach for a while. The mighty Led Zep played a one-off gig that still promises to turn into a full-blown tour. Vince Clarke and Alison Moyet have rebooted Yazoo and, just this week, Cheech Marin (age 62) and Tommy Chong (age 70) announced they're getting their stoner act back together because, you know, there's nothing funnier than doddering gramp's pot jokes (providing, of course, you're wasted and your critical faculties have been toked into submission).

However, there's one reunion that's piqued my interest. The original lineup of Pentangle is together for the first time in more than three decades and has been playing select dates throughout 2008, including next month's Green Man Festival in Wales. The band's roster reads like a Brit-folk supergroup: guitarists John Renbourn and Bert Jansch, double bassist Danny Thompson, drummer Terry Cox and crystal-voiced frontwoman Jacqui McShee. These five may have been eclipsed by contemporaries Fairport Convention in terms of international recognition but, in terms of artistry and chemistry, they were untouchable. Pentangle's synthesis of British folk, rock, jazz and world music is preserved on six spellbinding albums released between 1968 and the lineup's dissolution in 1973. These records, particularly the first four, remain ageless and full of wonder. 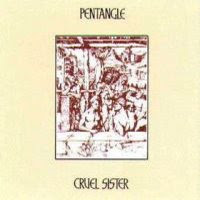 Today's post is the title track of Pentangle's fourth album, Cruel Sister, released in October 1970. The project was a risky one: Pentangle opted to follow the biggest LP of their career, the mostly self-penned Basket of Light (containing a surprise hit single in Light Flight), with a disc of five traditionals, one of which, an 18-minute version of Jack Orion, filled the entire second side. Alas, Cruel Sister suffered a cruel fate. It stiffed and one could argue Pentangle never fully recovered from its commercial failure. Of course, I also should mention it's a freakin' masterpiece, the people who dismissed it in 1970 are tone-deaf morons and you should buy it now!

Here's a sample: Cruel Sister's title track, a murder ballad (aka The Twa Sisters) that dates back to the mid-1600s. It's the tale of sibling rivalry turned homicidal, as a dark-featured maiden drowns her fair-haired younger sister to ensure there's no competition for the affections of a visiting knight. Well, funny these things happen, but the body washes ashore and the men who find it turn the woman's breastbone and golden locks into a harp that's presented to the family's household. The harp starts to play itself and sing about the murder, implicating the older sister during her wedding to the knight. (You don't see shit like that on CSI Miami.) That said, the music is so dazzling, you may not even pay attention to the lyrics. The interplay between Renbourn, Jansch and Thompson is balletic; Cox's percussion is subtle but effective; and McShee relays the chilling storyline with ice-cold austerity.

I've only seen Pentangle once, in 1986, with a greatly diminished lineup. This is one reunion I dearly hope clicks and maybe, just maybe, there will be additional gigs beyond the UK and a new album and a TV variety hour and ...

Please allow me to dream like this: It keeps my mind distracted from the looming threat of a Kajagoogoo get-together.

And here's Pentangle in 1970, at the peak of their powers, performing Light Flight for the BBC: