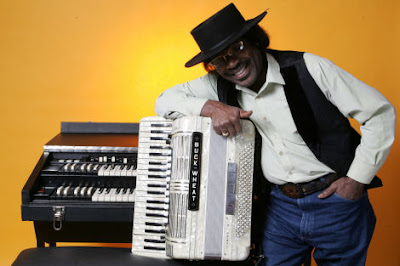 A buddy of mine, who is of the heavy metal persuasion, has become all hot and bothered by advance hype that suggests Metallica will return to their speed metal roots on their forthcoming, Rick Rubin-produced album. Nobody, I was duly informed, can match Masters of Puppets-era Metallica for white-knuckle velocity and manic energy. Which sounds all pretty impressive if it were, you know, true and stuff. 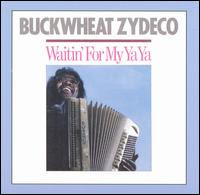 Born in Lafayette, La., in 1947, Dural was a piano prodigy who was playing professionally around the time his age hit double digits. Later, he'd accompany the likes of Joe Tex, Clarence (Gatemouth) Brown and, starting in 1976, zydeco originator Clifton Chenier, who would become Dural's mentor. Within a couple years, Dural had switched from organ to accordion, adopted the Buckwheat Zydeco name and struck out on his own — taking the music that Chenier pioneered and broadening it with R&B and rock elements.

Think It Over One More Time, a Dural original from his 1985 Rounder Records release Waitin' For My Ya Ya, is a superb example of the Buckwheat approach. It's a basic blues chord progression delivered at warp speed by the exceptional Ils Sont Partis Band, with Dural's crazy-ass accordion playing providing the authentic Louisiana flavour. The track moves and grooves at such a frantic pace that sitting still while it plays is simply not an option.
Break it down and, admittedly, there's not a lot to Think It Over: The chord progression and rudimentary don't-leave-me lyric just repeat over and over for three and a half minutes. But this is a case of: It's now what you say; it's how you say it.

Think It Over One More Time (link expired)

And here's some great footage of Dural's mentor, Clifton Chenier, entertaining a New Orleans audience with the wonderfully titled I'm a Hog For You. Chenier died in 1987; the same year Dural released his first major-label album, on Island. The torch was passed.