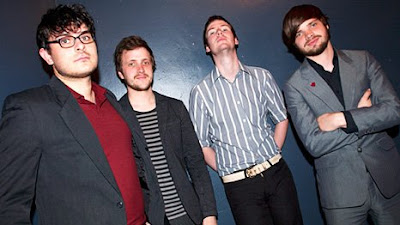 Rock's freshman class of 2005 were a promising bunch but, one by one, the likes of The Futureheads, Maximo Park, The Editors, The Magic Numbers and Bloc Party turned all moody, difficult and, frankly, kind of spotty in their sophomore year. Growing up, it's a bitch. 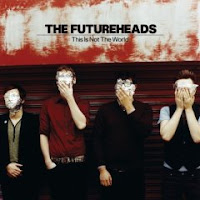 Of the forementioned acts, Sunderland's Futureheads are the first to release a third album of new material and — whew! — the melodies that went AWOL on sophomore disc News and Tributes make a triumphant return on This Is Not The World.

The Futureheads are still partying like it's 1979 — specifically, the abrasive, angular side of post-punk — but producer Youth (himself a post-punk legend with Killing Joke) has beefed up the band's sound and tunefulness, while keeping a watchful eye on quality control. The new album hits the same peaks as the debut; better yet, there are more of them.

Suddenly, 679 Recordings' decision to drop the band after the disappointing News and Tributes seems premature and foolhardy.

The Beginning of the Twist is the new album's first single and leadoff track:

But Sale of the Century is my early favourite, a track that starts off as a love song before U-turning into something stranger, darker — all to the soundtrack of a naggingly repetitive riff, jackhammer rhythm and the group's trademark four-part vocals. If you liked early single Meantime, you'll love this.

Sale of the Century (link expired)