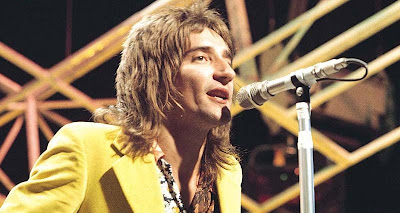 Once again, it's time for What's The Matter With the Record Industry, Part Frankly Too Many To Count. In today's episode, Rod Stewart informs his record label that he'd like to make an album of country and folk standards, only to have the idea rejected because it didn't 'test' well. The morons in J Records' all-powerful focus group probably didn't know Stewart made records before Lost in You. And surely they never heard the singer's early solo albums, where Rod the Mod's considerable interpretive skills are best demonstrated on country-folk material such as Ewan MacColl's Dirty Old Town, traditional Man of Constant Sorrow and today's post, the definitive version of Bob Dylan's Only a Hobo. 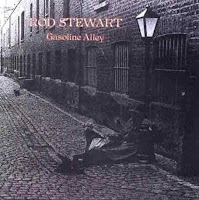 Dylan originally recorded the song in 1963 but it failed to find a home on The Times They Are A-Changin' album and remained unreleased (at least officially) until 1991, when it appeared on his vault-cleaning The Bootleg Series Vol. 1-3 boxset.

By then, though, the song truly belonged to Stewart, who appropriated it for his 1970 sophomore solo set, Gasoline Alley. While his crack acoustic band provides pretty, sepia-toned accompaniment, Stewart finds value and dignity in a vagrant's recently ended life by conveying the sort of empathy and humanity that would recede from his music as his popularity swelled. Only A Hobo is affecting, heartfelt and about a million miles away from Do Ya Think I'm Sexy (which, in fact, was only nine years down the road). Oh yeah, and the acoustic guitars and fiddle and mandolin place the song firmly in a country-folk tradition that, I'm afraid to say, doesn't test well with cloth-eared number-crunchers.

Their loss? Nope, ours.

Only A Hobo (link expired)

And here's more evidence of Stewart's former greatness, performing Gasoline Alley/Around the Plynth with The Faces in Paris during early 1971:

Whatever happened to the Small Faces?