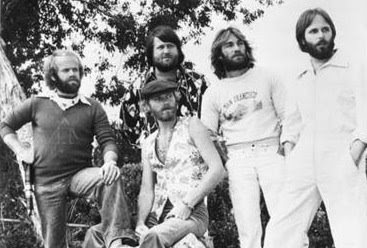 Last week marked the long-awaited deluxe reissue of Pacific Ocean Blue, the 1977 solo album from Beach Boys drummer Dennis Wilson. Although older brother Brian is the widely recognized genius of the three Wilson boys, middle child Dennis quietly crafted some of the group's finest post-'68 material; songs like Baby Blue, Slip On Through and Forever (see video below). Pacific Ocean Blue, however, was his artistic high-water mark: An ambitious and engrossingly personal album that represented what a mature-period Beach Boys could have sounded like in The Year of Punk. Could have ... but didn't. 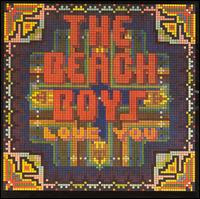 Three months before Pacific Ocean Blue originally hit shops, The Beach Boys' much-ballyhooed 'Brian's Back' campaign shifted into high gear with the release of The Beach Boys Love You, a warm 'n' fuzzy title for a deeply strange and fascinating album. Yes, Brian was in the producer's chair and, yes, he authored or co-authored all 14 songs, just like the good ol' days. But Love You was neither a return to the group's surf-rock innocence nor Pet Sounds sophistication. In fact, there's nothing quite like it in the group's CV.

First off, Love You is a Beach Boys record in name only. By all accounts, Mike Love and Al Jardine had little faith in Brian's new material and participated sparingly throughout the sessions. That left the three Wilson brothers to piece together what's essentially a lo-fi Brian solo album. The florid arrangements and superlative session work of the past are replaced by electric piano and airless synths, while Brian's lyrics reveal a badly damaged psyche that had reverted to childlike state. This leads to a few disturbing moments: Brian, then 35, should not suggest sweet lovin' to a Roller Skating Child. Ewww! By comparison, today's post — a tribute to the venerable Tonight Show host — is brilliantly odd and one of my all-time favourite Beach Boys tracks.

Brian's lyric starts blandly ("He sits behind his microphone/ He speaks in such a manly tone") but gradually grows darker and weirder ("When guests are boring he fills up the slack/ The network makes him break his back"). Love and Carl Wilson tag-team on the mic and maintain straight faces throughout, even conjuring a little Beach Boys vocal magic on the choruses. But then the song takes another bizarre turn, stopping for a series of half notes on the piano before closing with the mock high-school cheerleader chant: "Who's the man that we admire?/ Johnny Carson is a real live wire." Crazy? Yes, but Brian genius is still on full display in the song's intricate rhythm and his wild synth bass work.

At the time, Pacific Ocean Blue and Love You both underperformed, selling only 300,000 copies each and peaking outside of the top-50. In retrospect, however, 1977 looks like the last great year to be a Beach Boys fan with two very different yet equally remarkable new albums to enjoy.

And from 1971, here's Dennis Wilson performing his song Forever with the Beach Boys: