Flutter and Wow — Elvis Costello and the Imposters (2008) 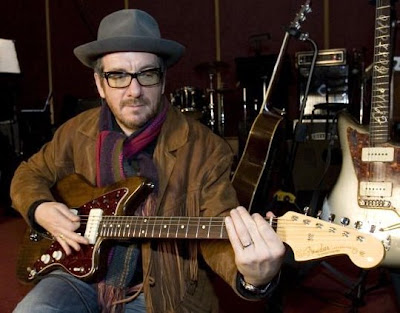 When I started to get into music in the mid-1970s, my young imagination was captured by not only the timeless bands of the era (Pilot! Jigsaw! Star-freakin'-buck!) but also by the strange, unfamiliar words used to describe stereo equipment. Thanks to Rolling Stone's annual hi-fi guide, I knew my woofers from my tweeters, and worshipped at the altar of Dolby. But the term I loved most was "wow and flutter." It sounded mysterious and otherworldly and, from what I could gather, chances are my cheapo Sears Electronics turntable had plenty of it. One day, my 12-year-old self dreamed, I would own a turntable that had neither wow nor flutter and maybe, just maybe, by then I'd actually understand what this really bad thing is.

As it turned out, wow and flutter isn't otherworldly at all. It's merely the frequency wobbles caused by speed variations in analogue reproduction devices that use rotary components — for instance, when the turntable spins that vinyl record, or the cassette player moves the magnetic tape over the tape heads, at slightly varying speeds. How such a mundane concept gets a sexy name like wow and flutter, I dunno. (Good PR agency, perhaps.) I do know nothing in the digital age compares; "wow and flutter" certainly kicks the ass of "lossless compression." 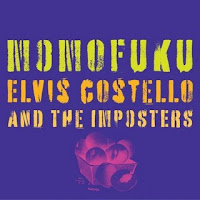 It also makes for a great metaphor, at least in the hands of a gifted lyricist like Elvis Costello. Flutter and Wow — one of the highlights on Costello's superb new album, Momofuku — is the greatest, all-time love song for that rarely catered-to demographic: folks who appreciate classic R&B and the intricacies of high-end audiophile equipment.

Musically, Costello is in full soul-man mode here; you can imagine Al Green covering this song, just as Chet Baker was destined to croon Almost Blue.

But it's the lyrics that seal the deal (at least for this particular music geek). "You make the motor in me flutter and wow," he sings to his romantic interest, a novel way of expressing the rush of romantic love. Of course, Costello being Costello, he can't resist exploring the tape-machine metaphor to the fullest: "The incident tape across the bed/ Threading it from the reel to the head/ I’m planting this thought in a magnetic field/ I’m pressing the button/ And all of a sudden/ Erase everything rotten." (Is it just co-incidence he penned this old-fashioned, analogue-referencing love song for inclusion on an album originally intended for a vinyl-only release?)

Please remember: Costello is a trained professional. This same metaphor in less capable hands — "Sweetie, you make me feel like a malfunctioning reel-to-reel machine" — may not have the desired results.

Costello isn't the first to use wow and flutter in song. From 1994, here's Stereolab: