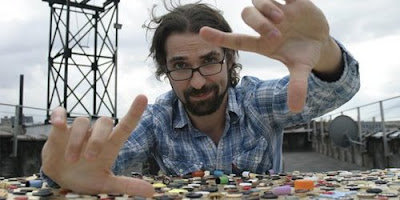 High technology can be so overrated. Not always, of course: I am very happy to be writing this blog entry on a Mac iBook rather than a Commodore 64 and, no, I will not swap my iPod for your portable 8-track player. But when it comes to musicmaking technology, I'll always prefer analogue synths and wobbly, early-generation drum machines to their newfangled equivalents. Old technology is imperfect and, because of that, these machines can sound organic and, in the right hands, even funky. 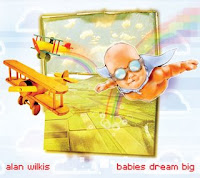 Burnin' chugs along to a lo-tech motorik beat over which Wilkis layers all sorts of seemingly incongruous elements, including classic-rock guitar riffage, sweet falsetto vocals and what sounds like a synthesized melodica. The result is both familiar and unique: Certainly, I can't think of another pop song that reminds me of Todd Rundgren and Shuggie Otis and Rupert Hine's early-'80s solo albums, all within three-and-a-half, feel-good minutes. Such pop savvy and inclusive spirit bode well for Wilkis; one can only hope, if his promising self-released debut leads to bigger and better things, his music never forsakes its DIY charm.

For a further sampling of Wilkis music, check out this GOOD magazine video profile of presidential candidate Barack Obama which features another Babies highlight, I'm Famous: