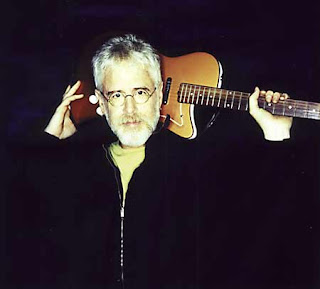 If you visited Chez Bongo Jazz anytime over the past 10 months, chances are you were greeted at the door by the sounds of Bruce Cockburn on the stereo. He has long been a favourite of mine but, after seeing him perform last August in Banff, my wife and I purchased every Cockburn album we didn't own and proceeded to listen to his entire catalogue, one album at a time, in chronological order.

It has been a revelatory experience. Decades-old songs such as 1976's Gavin's Woodpile, 1983's The Trouble With Normal and 1985's Call It A Democracy could have been ripped from today's op-ed pages. Also somehow the man has not made a duff record in his 38-year recording career — and what other artist who's been putting out albums since 1970 can say the same?

I've particularly enjoyed discovering little-known gems on his earliest records. For instance, 1973's Night Vision, his fourth LP, contains one of his prettiest melodies, Clocks Don't Bring Tomorrow-Knives Don't Bring Good News, which has a piano coda that'll take your breath away. Yet, unless you're a diehard fan, you've likely never even heard of it. 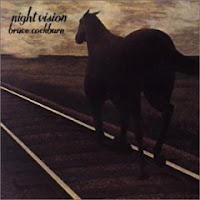 The album also contains today's post, a frivolous ditty (with a purposely truncated title) that won't jibe with popular, one-dimensional perceptions of the artist as a rural hippie, questing Christian or righteous foreign policy critic.

Why? Because in this I've Been Everywhere-type travelling song, Cockburn concludes every verse with the plain-spoken observation: "Everywhere you look/ The blues got the world by the balls."

"I remember sitting in the back of my camper, feet dangling off the tailgate, being highly amused at myself over this one," Cockburn says of writing this track, on which the dexterous guitarist opts to mimic a kazoo during its instrumental break.

Needless to say, Wondering Where The Lions Are, it ain't.

I could have posted many better Cockburn songs but I chose The Blues Got The World because, in his expansive body of work, he doesn't have many others like it: A life's-a-piece-of-shit-when-you-look-at-it singalong that puts a smile on your face.

The Blues Got The World (link expired)

Fifteen years later, Cockburn would end his concerts with this Monty Python classic that could be seen as a highly evolved version of Blues: