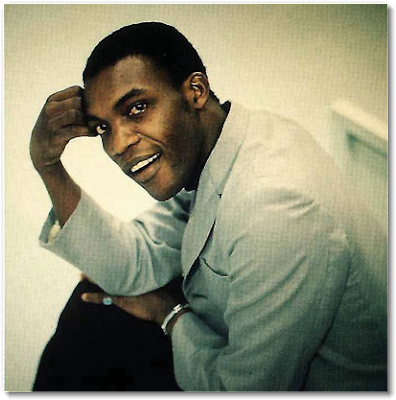 If I had to identify my all-time favourite rock lyric, I wouldn't scour the songbooks of Dylan or Cohen or Costello. I'd look no further than the first few seconds of Tutti Frutti when Little Richard screams: "Womp bomp a loom op a womp bam boom!" — words that capture the essence and excitement of a music that would dominate the next half-century. Not bad for a so-called nonsense lyric, huh? Soon pop music would be full of womps and bomps and tra-la-las, while Barry Mann and Gerry Goffin celebrated the emotional sway of these seemingly meaningless words in 1961's Who Put The Bomp. 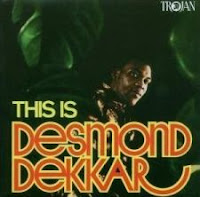 Desmond Dekker used a few nonsense words of his own to provide his 1968 party anthem, Intensified (aka Music Like Dirt), a little extra kick.

Unlike his signature tracks Israelites and 007 (Shanty Town), Intensified has no socio-political subtext whatsoever; its only agenda is to inspire listeners to shake booty.

This Leslie Kong-produced dance classic is highlighted by its hyperkinetic bass playing — a style mimicked by David Steele on many early (English) Beat songs — and its nagging hook: "Ram baba looba bam bam ba louie/Ram baba loo bam bam ... intensified!" What does it mean? My guess: That this is the best party in the world ... ever! Or something to that effect. How good are Dekker's nonsense words? Just try to imagine the song without them.

Intensified was the third-ever winner of the Jamaica Festival Song Competition; the only time Dekker would receive this prestigious honour. You can find the track on countless compilations but I recommend Trojan's expanded edition of 1969's This Is Desmond Dekkar (sic), a superb collection of his enduring late-'60s reggae and rock steady cuts that, as you can see above, misspells the artist's name on the cover.

Dekker died of a heart attack two years ago this month. He was 64.

And, from 1970, here's Dekker performing his then-recent chart-topper Israelites at Wembley Stadium. Sadly, the video ends before the song does but, for two minutes, you can see Dekker at his artistic and commercial peak.

Just stumbled across your site while looking for a working MP3 of Intensified 68/Music Like Dirt.

Bit of a treasure trove, looks like ill spend a while digging through your many posts!

Glad you like the site, Neil. Thanks for reading...