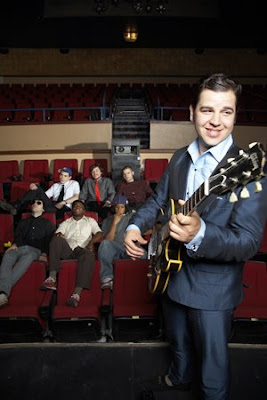 Listen to (Doin' The) Boom Boom and you might assume the record was released 50 years ago, not four weeks ago. Such is the soul authenticity of Eli 'Paperboy' Reed and the True Loves, whose recently released sophomore album Roll With You channels the spirit and testifying power of Sam Cooke, The Isleys, T-Bone Walker, Otis Redding and pre-funk James Brown. "We're just trying to play soul music the way it was supposed to be played and in the spirit and the excitement that it's always been intended," Reed (born Eli Husock) told MOJO magazine earlier this year. One listen to Roll With You and it's clear: He walks it like he talks it.

Skeptical? Hell, I don't blame you. Many of Reed's musical influences were long dead and buried when he was born just 24 years ago. Furthermore, the band hails from Boston, hardly a soul music mecca.

Yet playing old-school R&B is obviously his life's calling. After high school, he moved to Clarksdale, Miss., where he honed his chops at local clubs and accepted mentorship from drummer Sam Carr, the son of Chess Records bluesman Robert Nighthawk. Reed later found his way to Chicago where he was befriended by former Chess star Mitty Collier (best known for her 1964 single I Had A Talk With My Man), who invited the young, self-taught musician to be the 'Minister of Music' for a church she founded. The fact Reed has Jewish roots apparently didn't matter — they both worshipped at the altar of R&B, after all. 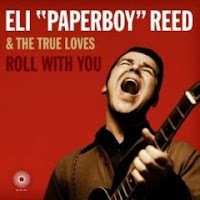 After learning the ropes from Carr and Collier, no wonder Reed and his well-drilled band emerged in 2005 sounding like the real deal. (Doin' The) Boom Boom, which ends Roll With You, is Reed's tongue-in-cheek attempt to spark his own dance craze; it sounds like wildest songs of James Brown and Wilson Pickett condensed into a three-and-a-half minute blast of dancefloor-filling soul. The drums and bass rumble like a runaway train, the horns lock into a tight, Brown-derived riff, and Reed make those neck hairs stand up on end with some of the most transcendent screaming since fellow Bostonian Black Francis fronted The Pixies. I love the song's mid-section where, as a sax blows a wailing solo, Reed gets caught up in the moment and starts rambling: "Shake your hips from side to side! Let your conscious be your guide! C'mon honey, lemme see you do it, awwwwlllllrrrrright!" Amen, Brother Reed...

And, courtesy of YouTube, here they are live, performing another Reed-penned, Roll With You highlight, Am I Wasting My Time:

I really enjoyed this artist. Thanks for introducing him to me.