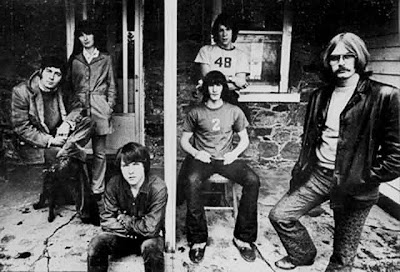 A couple of milestones are approaching for Ian Dawson Tyson: He turns 75 in September and 2009 marks his 50th year in the music biz. In that time, Tyson (as one-half of Ian & Sylvia) was part of the Greenwich Village scene that sparked the early-'60s folk explosion. He helped birth the Canadian music industry (but please don't blame him for Nickelback). He inspired Neil Young and Joni Mitchell and, oh yeah, he also happened to write Someday Soon and Four Strong Winds — songs so good, they'll outlive us all. Not bad for a half-century's work. 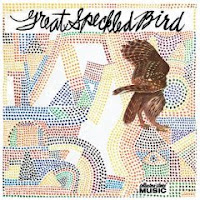 Today, I wish to write about another Tyson accomplishment: the self-titled debut from Great Speckled Bird, a largely unsung country-rock classic. By 1969, Ian & Sylvia realized they had taken the folk duo concept as far as it could go and sought a new sound more in tune with the times. They brought aboard lead guitarist Amos Garrett (later with Maria Muldaur), steel guitarist Buddy Cage (later of New Riders of the Purple Sage), bassist Ken Kalmusky and drummer N.D. Smart, and entered the studio with Todd Rundgren at the helm. (At the time, Rundgren was the in-house producer for Bearsville Records, the label run by Albert Grossman, manager of Ian & Sylvia and, of course, some guy named Dylan.)

Long Long Time To Get Old is one of the record's many highlights; a feel-good, Tyson-penned track that moves to a chunky, loping groove with enough cowbell to cure the hottest of Bruce Dickenson's fevers. The lyrics are apparently about savouring life in the moment, a sentiment underscored by the chorus: "Remember this children/If the good Lord's willin'/There's a long, long time to get old." Tyson sings with a playfulness that characterizes the entire track, while Garrett's tasty, note-bending prowess and Sylvia's harmonizing skills are on full display. Long Long Time to Get Old blends into the ensuing track, the lovely Sylvia showcase Flies in the Bottle, another Tyson composition. 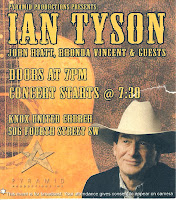 Alas, this lineup of Great Speckled Bird lasted just the one album, which disappeared from record shelves just months after its release. It was reissued in 1994 and remains available to this day; its quality undiminished by the passing of years.

Sadly, Father Time may be catching up to Tyson. Earlier this week, I watched him perform, along with special guests John Hiatt and Rhonda Vincent, at Knox United Church in downtown Calgary, about 85 kilometres north of Longview, Alberta, where the ol' cowboy has ranched for the past three decades. (The performance was videotaped/filmed for a television special to air in the fall.) On this night, his once strong, clear voice was worn and unsteady, and he seemed increasingly winded as the show went on. No crime in that; Tyson is a 74-year-old man, after all. We can only hope the good Lord will be willin' to give us such a long, long time before we get old. (The real crime: Hiatt forgetting — or not knowing — the words to Four Strong Winds during the show's big finale.)

And here is the original Great Speckled Bird jamming with Jerry Garcia on CC Rider at Calgary's McMahon Stadium on July 4, 1970, as part of the Festival Express tour.

how about a repost