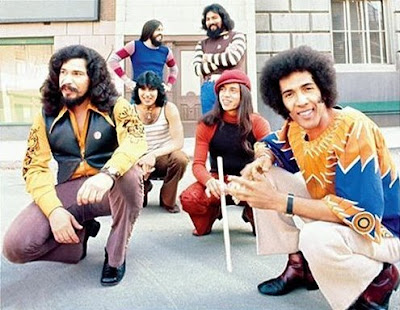 The mighty Los Lobos weren't feigning modesty when they named their 1993 compilation Just Another Band from East L.A. The group knew they were following in some formidable footsteps, including those belonging to El Chicano, a Mexican-American outfit responsible for a series of stunningly eclectic, early-'70s albums. Jazz, rock, blues, pop, soul, samba, the kitchen sink, you name it — there was room for all of it in the El Chicano sound and, as you'll hear in today's post, they had the chops to pull it off. 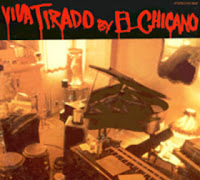 El Chicano chose to kick off their 1970 debut, Viva Tirado (pictured right), with Cantaloupe Island, a cover of Herbie Hancock's 1964 jazz classic. There's amazing Hammond playing from Bobby Espinosa (riffing on the song's central theme), some fluid Wes Montgomery-styled lead guitar from Mickey Lespron and the rhythm section work could have been the inspiration for Steely Dan's 1972 single Do It Again. This laidback, mid-tempoed version of Cantaloupe Island also teaches an important lesson about funk: It doesn't have to be fast to be effective.

El Chicano would have modest commercial success with Viva Tirado's jazz-instrumental title track, a surprising top-30 pop hit, and Tell Her She's Lovely, which peaked at No. 40 in 1973. Yet the group would never be as popular as fellow Californians Santana, to which they were inevitably compared, and frequent personnel shuffles kept the band only intermittently active throughout the 1980s and '90s. According their official website, original members Espinosa and bassist Freddie Sanchez are assembling a new lineup.