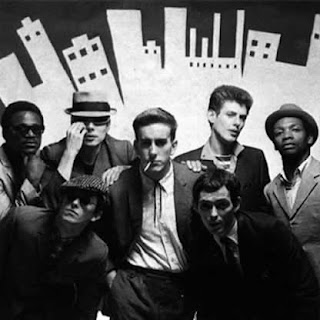 At first, I was pretty jazzed when I heard The Specials were planning to reunite for a series of shows later this year. The Two-Tone act certainly left us all wanting more when its classic lineup split after two brilliant albums, the immortal Ghost Town single and a reputation for fun, frenzied live shows. No wonder, then, the media jumped on Terry Hall's recent comments on BBC 6 Music that suggested the lineup is rehearsing for its first live performances in 27 years.

I immediately hit the worldwide web looking for more details and noticed all of the stories failed to address one obvious question: Is Specials founder/keyboardist Jerry Dammers, who's never seemed remotely interested in resurrecting his old band, actually taking part ... and if so, who twisted his arm? And how? Without Dammers, a Specials 'reunion' is as legitimate as The Beat 'reuniting' without David Steele and Andy Cox. However, with Dammers and all of the other original members, a Specials reunion could be the musical event of the year.

Need proof? Check out these three sizzling live performances from Dance Craze, the long-deleted 1981 soundtrack to a Two-Tone concert film of the same name: