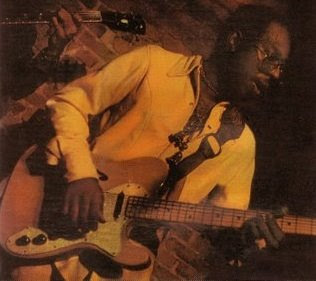 The Carpenters weren't exactly known for their civil rights anthems. Yet, in 1971, one of Karen and Richard's biggest hits was transformed by Curtis Mayfield on his Curtis/Live! double album. Once you hear Mayfield's version of We've Only Just Begun, you may never hear the song the same way again.

Promoting racial equality surely wasn't on the minds of Paul Williams and Roger Nichols when they wrote We've Only Just Begun. The song made its debut in 1970 as a commercial jingle (sung by Williams) for a California bank. Richard Carpenter recognized the composition's hit potential and opted to record it for The Carpenters' sophomore album, Close To You. Richard's faith in the song was warranted: We've Only Just Begun hit No. 2 on the pop charts in November 1970 and, since then, has become an easy-listening classic and a wedding-song perennial. Do you hear 'black power' in any of that?

Mayfield apparently did. He included the song in his set list when he played New York City's Bitter End in January 1971 and, perhaps surprisingly, it didn't sound out of place surrounded by his own black enpowerment anthems.

Mayfield doesn't change Williams's lyric; he simply asks the listener to approach the song from a different angle and hear it with a fresh pair of ears. "A lot of folks think this particular lyric is not appropriate for what might be considered underground," Mayfield tells his audience, "but I think 'underground' is whatever your mood or your feelings might be at the time so long as it's the truth. I think it's very appropriate that we might lend a few words of inspiration here."

Indeed, the aspirational message of We've Only Just Begun ("So much of life ahead/We'll find a place where there's room to grow") isn't far removed from the sentiment of Mayfield's own Move On Up ("Just move on up and keep on wishing/Remember your dreams are your only schemes/So keep on pushing"), We're A Winner ("We're a winner/And never let anybody say, boy, you can't make it") or Keep on Pushing ("Now maybe some day I'll reach that higher goal/I know that I can make it with just a little bit of soul").

If only the Carpenters tipped their hat to Mayfield and covered Mighty Mighty (Spade and Whitey) ...