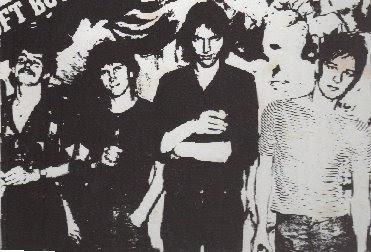 As Robyn Hitchcock embarks on another reissue campaign of his solo albums, I wonder what's taking so long to refurbish his earlier recordings with The Soft Boys. Matador gave the Cambridge group's 1980 sophomore album Underwater Moonlight the deluxe treatment a few years back but 1979 debut A Can of Bees and posthumous odds-and-sods collection Invisible Hits are currently (and tragically) unavailable on CD. 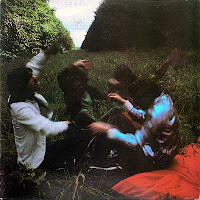 Some of Hitchcock's best work is on these albums, including today's post, which was recorded in 1979 but emerged four years later on Invisible Hits. Truth be told, I bought the record back then based solely on the fact I wanted to hear a song named Rock 'n' Roll Toilet. If you're going to use Rock 'n' Roll as an adjective, I decided Toilet is a cooler noun to modify than, say, Band or Fantasy or even Hoochie Koo. Strange reasoning, I know, but the song doesn't disappoint.

Hitchcock's usual Syd Barrett-isms are replaced by a tumbling guitar riff and snaking blues harp that prompt some people to consider Rock 'n' Roll Toilet a Rolling Stones parody. And maybe it is. The Soft Boys reportedly swapped instruments during its recording, suggesting they weren't taking the track too seriously. But so what? Rock 'n' Roll Toilet is big, loud, dumb and a helluva lot of fun, even if I'm still uncertain if the lyrics are pure nonsense or a sly stab at cokeheads. Give it a listen and decide for yourself:

The Ryko CD reissue from the 80s contains both the original version and the take where they all swapped instruments, which resulted in a loopy, slightly out-of-time, not-quite-right delivery that completely reinforced the tone of the song.