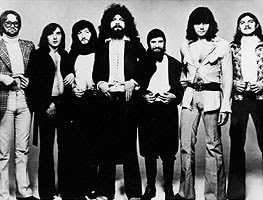 Record companies must hate interviews like these. In 1999, Sony Music arranged for me a nice, sit-down lunch with its new signing Tal Bachman, whose single She's So High was becoming a big deal at radio. First, we talked about his record and then about growing up with a famous musical father, Randy Bachman of Guess Who and BTO fame. But somehow the conversation turned to our mutual love for Jeff Lynne's Electric Light Orchestra.

Bachman, like me, loved all eras of the band but especially those somewhat obscure first three albums. I wonder if the folks at Sony would have picked up the bill if they knew this interview, intended to promote Bachman's album, had turned into an in-depth debate about whether Mr. Radio or Whisper in the Night is the best track on the group's 1971 debut, No Answer. I admit this was hardly the best interview I ever conducted but, dammit, you don't often run into people who appreciate ELO's entire body of work, not just the years when Lynne created perfectly produced, assembly-line pop hits.

In fact, nowadays when I want to indulge in a little ELO love, I don't automatically reach for Eldorado, A New World Record or even the landmark Out of the Blue. Rather, I find myself returning to 1973's On The Third Day, which may not be the best ELO record but it has become my favourite. 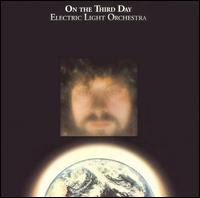 The record, ELO's third, represents a special, fleeting moment in the group's history when Lynne's music hinted at the carefully crafted AM pop to come (especially on Showdown and Ma-Ma-Ma Belle) but still contained elements of the group's barmy, prog-rock past.

On The Third Day is very much a transitional work but hearing the band mid-metamorphosis is fascinating, especially on the conceptual suite that fills Side 1 (in old-fashioned vinyl parlance). Ocean Breakup/King of the Universe kicks off the suite, which is loosely based on the story that God, "on the third day," created land and vegetation on Earth. The subject matter is all very Spinal Tap, and about a million light years away from Shine A Little Love, but charming in its ambition.

Meanwhile, ELO's performance is surprisingly lo-fi, at least compared to the group's latter-day standards. Unable to afford a full orchestra for the sessions, the resourceful Lynne just overdubs his string players ... and then overdubs them some more. The results are ragged but pleasingly earthy. This is also one of the last times that Bev Bevan is allowed free rein to pound the skins in ELO; soon, producer Lynne would reduce him to being a human drum machine perpetually set to 4/4 time.

Give a listen to ELO, circa 1973. They'd go onto bigger and better things but On The Third Day has an authentic 'band' feel they'd never conjure again. And if you don't believe me, ask Tal.