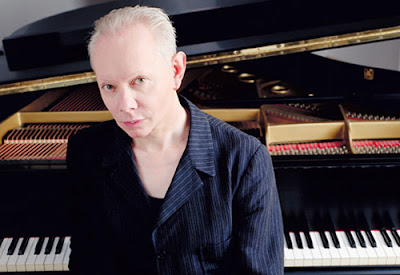 Joe Jackson kicked off his 1979 sophomore album I'm The Man with a track called On The Radio. In the song, Jackson — then a new wave star on the rise — lashed out at "ex-friends, ex-lovers and enemies" by rubbing his new-found fame in their faces. "Don't you know you can't get near me," he sneered, "you can only hope to hear me on your radio."

Almost three decades later, circumstances have changed. Jackson isn't the Next Big Anything anymore. His audience has become, shall we say, more selective. And his ex-friends, ex-lovers and enemies can once again turn on the radio, confident in the knowledge they won't hear Jackson in heavy rotation anymore. And, you know what? Jackson is OK with that. 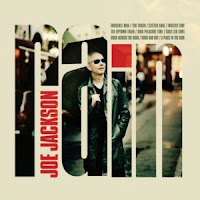 At least, I assume that's the case listening to Invisible Man, the opening cut on his superb new album, Rain. It is kind of like the photo negative of On The Radio. Jackson acknowledges he has become a non-entity, at least in terms of contemporary pop culture, and he relishes that role, as it allows him to follow his eclectic muse without compromising for the marketplace. On The Radio touted the power of omnipresence; the new song is about the invincibility of invisibility: "Why did the lights go down/Or onto someone new/Well, let them learn I used to own this town/Now I'm watching you."

Invisible Man's dignified bravado would ring hollow — or, worse, sound a little pathetic — had Jackson released a stinker of an album. I've been listening to Rain for about a month and can happily report it is his most satisfying pop outing since 1989's Blaze of Glory. Original Joe Jackson Band rhythm section Graham Maby and Dave Houghton are on board and, with Jackson on piano, they create a clean, crisp trio sound capable of caressing Jackson's prettiest melodies in years (Wasted Time, Rush Across The Road) or pounding out punchy, rollicking numbers (The Uptown Train, King Pleasure Time) that would make Ben Folds envious. Overall, Rain reminds me a lot of Jackson's 1984 classic Body and Soul: Both records are informed by jazz and R&B, leave plenty of empty space in the music, and sound like they were captured live in the studio. To recap: Great songs, great performances, great sound, great album.

And here's Joe Jackson, at the height of his popularity, performing On The Radio during his 1982-83 Night and Day tour.