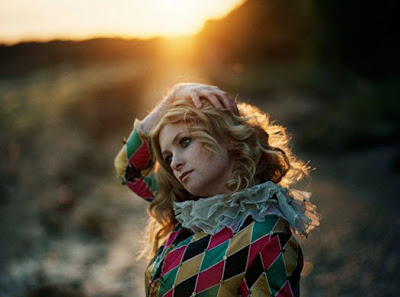 "Say something once, why say it again?"

David Byrne posed this rhetorical question more than 30 years ago yet this Psycho Killer lyric still comes to mind every time I hear a 'new' album that sounds suspiciously like its predecessor. Sticking to a successful formula may be smart business, at least in the short term, but it's a drag in the long run. Certainly many of pop music's most enduring and influential acts — from Neil Young to the Velvets, Bowie to the Beatles — have a history of defying expectations rather than pandering to them. 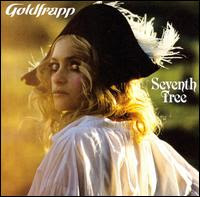 Apparently British duo Goldfrapp is also more interested in embarking on a journey than simply running on the spot. Four albums into their career, Alison Goldfrapp and Will Gregory are proving to be as artistically restless and musically fearless as pop's most revered mavericks. Look at their short history: Critical plaudits for the electronic torch songs on 2000 debut Felt Mountain; a sharp left turn towards glammy electro-disco on 2003's Black Cherry and 2005's Supernature; and now for something completely different, the mostly quiet and gentle chill-out disc Seventh Tree. And it's outstanding.

The new album has been called Goldfrapp's pastoral English folk album, a description that's mostly but not entirely accurate. (The label doesn't fit the effervescent pop of Caravan Girl or the Beatlesque Little Bird, with its Strawberry Fields mellotron and melodic McCartney bassline.)

But 'pastoral' is a fine adjective for today's post, Seventh Tree's bewitching leadoff track, Clowns. Goodbye disco ball and squelchy synths; hello finger-picked acoustic guitar, Alison Goldfrapp's breathy voice hitting notes at the high end of her register, unobstrusive strings and even bird song. It's part Nick Drake, part Cocteau Twins and, in the grand scheme of things, not a million miles away from Minnie Riperton's Lovin' You. I haven't been knocked out by such a gentle song since Mysteries, the opening cut from the 2002 Beth Gibbons/Rustin Man album Out of Season.

And here's the video for A&E, the first single from Seventh Tree:

Seventh Tree is one of the best albums of the year

I agree -- it'll be a late-night favourite of mine all year, I'm sure.