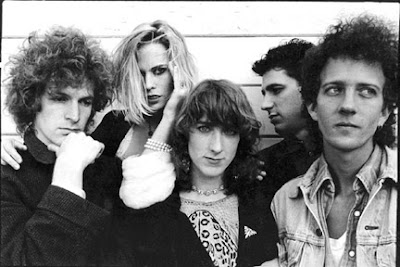 Absence must make the heart grow fonder ... and the wallet thinner. How else does one explain the wads of cash needed to purchase used Game Theory CDs? One seller on Amazon put a $235 pricetag on a CD version of the Sacramento group's 1987 album, Lolita Nation, and from what I've seen in recent years, that's pretty much the going rate.

So how did it come to this?

During their 1982-90 lifespan, Game Theory were a second-division college band whose jangly, psych-tinged pop albums were ignored by the mainstream and inexplicably under-appreciated by the campus-radio crowd. The chances of Game Theory pulling an R.E.M., or a Husker Du, or a Replacements were slim and none. Even fellow Paisley Underground acts The Dream Syndicate and Green on Red had a higher profile. Game Theory should be all but forgotten today except for one thing: Their four Mitch Easter-produced albums were really, really good.

Enigma subsiduary Restless Records originally released the albums on vinyl and CD. But when Enigma was absorbed into Capitol around 1990, the same year Game Theory disbanded, the titles were deleted. The first two albums, Real Nighttime and Big Shot Chronicles, were briefly reissued in the mid-'90s but the last two, Lolita Nation and 2 Steps From The Middle Ages, haven't been available for almost two decades. Considering these four titles weren't big sellers to begin with, used copies are incredibly hard to find and, as such, incredibly expensive.

I keep my eyes peeled on upcoming reissue news in hopes someone, anyone, re-releases the Game Theory catalogue — especially Lolita Nation, a sprawling, two-album set of sublime pop and fractured experimentalism. (Interestingly, that record kicks off with Kenneth, What's The Frequency, a title that might ring a bell with R.E.M. fans.)

From Lolita Nation, I offer the album's poppiest moment, We Love You, Carol and Alison, which sounds like Easter's band Let's Active with a few added drugs. It's one of my favourite songs from the second half of that decade although I still have no idea what it's about.

Also below is a video of Erica's Word, another poptastic moment, this one from Lolita's predecessor, 1985's Big Shot Chronicles.

Epilogue: After Game Theory's split, singer-guitarist-songwriter Scott Miller founded The Loud Family, which remains active to this day. On the Loud Family website, under the FAQ section, there's a question about future Game Theory reissues. The answer: "It's unlikely there will be a full-scale reissue program in the future but one never knows. By the way, Scott Miller does not own the rights to Game Theory's recordings, so it's not up to him."

We Love You, Carol and Alison (link expired)