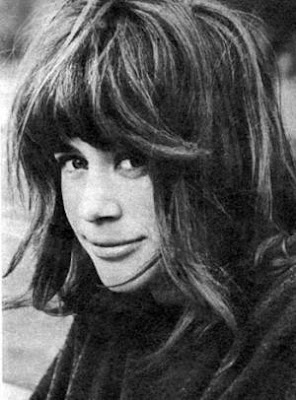 Pity the poor music fan who fell in love with Vashti Bunyan's debut album, Just Another Diamond Day, upon its release in December of 1970. Surely they were left pining for a followup that wouldn't arrive for more than three decades.

Bunyan's re-emergence in the first half of this decade provided one of the most surprising music-biz developments in recent memory.

Hers is a heartwarming tale, too, because who doesn't want to believe that great music is always destined to be discovered, if not today then sometime in the years ahead?

The London-born Bunyan was discovered in 1965 by Rolling Stones manager Andrew Loog Oldham and made her recording debut later that year as simply Vashti with the Jagger-Richards composition Some Things Just Stick in Your Mind (see video below), followed by a second single, Train Song, in May 1966.


This period was something of a false start for Bunyan, who only began assembling the nature-centric material for Diamond Day after travelling by horse and carriage to join a commune on the Isle of Skye. A chance meeting with producer Joe Boyd in late 1968 gave Bunyan a strong ally and a sympathetic ear and, a year later, they recorded Just Another Diamond Day with Nick Drake's string arranger Robert Kirby and members of The Incredible String Band and Fairport Convention.

Like many tracks on Diamond Day, Swallow Song is a gentle wisp of a song; Bunyan, a big-city girl now nuzzled in the arms of nature, describing the seasonal scenes unfolding before her:

And there's a sunset brimming over the sky;
And there's a swallow teaching its young how to fly;
Up on high, see how fast the summer passes by.

And there's an oak leaf turning green into brown;
And there's a pine so proud of her evergreen gown;
Looking down, see how fast the winter comes around.

This would be all-too-twee if not for Bunyan's utter lack of guile and the song's blend of beauty and melancholia, both enhanced by Kirby's stately string arrangement. Swallow Song isn't so much a song about birds, trees and sunsets; it's really about the passing of time, growing older, the inevitability of death. Pretty impressive for a 25-year-old.

Swallow Song is just one of many gems on Just Another Diamond Day; alas, the album's poor commercial showing prompted a disappointed Bunyan to retire from music and she spent the ensuing 30 years raising three children and tending to her animals.

Fast forward three decades when endorsements from contemporary folk artists such as Devendra Banhart and Joanna Newsom led to a re-release of Diamond Day in 2000. Five years later, Bunyan released her second album, Lookaftering, while a compilation of her mid-60s recordings, titled after her debut single, came out last year.

Yet it's Just Another Diamond Day, highlighted by the affecting Swallow Song, that will secure Bunyan's legacy. She won't be forgotten again.