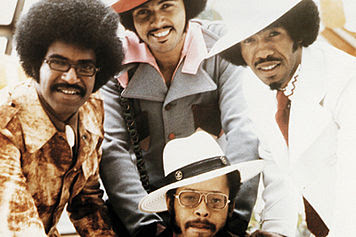 By 1974, The Chi-Lites (pronounced Shy-Lights) were two years removed from their No. 1 single, Oh Girl, and starting to splinter. The Chicago-based harmony group had peaked commercially but they were still producing some magnificent records, like this one.

There Will Never Be Any Peace (Until God is Seated at the Conference Table) was written by Chi-Lites main man Eugene Record and his semi-regular collaborator (and first wife) Barbara Acklin, a partnership previously responsible for the group's Have You Seen Her (top-5 in 1971) and Stoned Out Of My Mind (top-30 in 1973), as well as Acklin's 1969 single, Am I Still Your Girl.

Rest assured, the only thing unwieldy about There Will Never Be Any Peace (Until God is Seated at the Conference Table) is its mouthful of a title, as its melody is mellifluous and its arrangement effortlessly sumptuous. The song could easily be mistaken for Philly soul, opening with a sweeping, inspirational string arrangement before those silky smooth Chi-Lites harmonies launch into the chorus. It's a breathtaking intro; one that surely made the likes of Thom Bell, Kenny Gamble and Leon Huff a little envious. That said, the multi-talented Record didn't need to take a backseat to anyone — he wrote for the group, produced their records and his high tenor/falsetto was a distinctive part of the Chi-Lites sound.

What inspired the song? I've never read an interview with Record talking about this track, in particular, but he was known to be a soft spoken, spiritual man. (After claiming God told him to change his life, he quit touring with the Chi-Lites in 1988 and became a minister).

And surely there were no shortages of international conflicts, including the winding-down Vietnam War, to inspire a simply stated anti-war song like this. 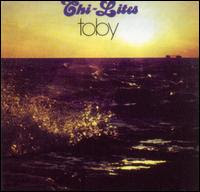 Maybe it was that title, maybe it was political-song burnout, maybe it was the changing musical tides signified by the first stirrings of disco — whatever the reason, There Will Never Be Any Peace (Until God is Seated at the Conference Table) peaked at No. 63 on the U.S. pop charts in 1974, while its parent album, Toby, barely cracked the top-200, hitting No. 181. On the other side of the world, however, There Will Never Be Any Peace was played repeatedly on Mediterranean radio stations in 1974-75, while Greece and Turkey clashed over Cyprus. (From all accounts, God was not invited to sit at the conference table and today the island remains partitioned.) The song received further exposure more than two decades later when Nick Lowe started playing it in concert following the 9/11 attacks.

Lowe is hardly the only artist to cover the Chi-Lites. Paul Young and MC Hammer had hits with Oh Girl and Have You Seen Her, respectively; The Jam and UB40 recorded Stoned Out of My Mind and Homely Girl, respectively; and producer Rich Harrison sampled Are You My Woman (Tell Me So) for the central hook on Beyonce Knowles's 2003 blockbuster Crazy in Love.

There Will Never Be Any Peace (link expired)