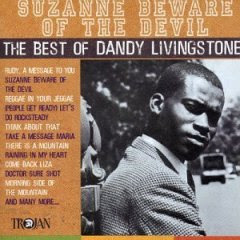 In those pre-Google days (hard to believe they ever existed), it took more than a couple seconds to find out not-quite- household-name Dandy Livingstone originally recorded this rock steady classic 12 years prior. Rudy, as it turns out, is only a small part of a fascinating career.

Robert Livingstone Thompson was born in Kingston, Jamaica, in December 1943 or 1944 (accounts vary) and moved to the UK in his teenage years. He made his recording debut in 1964 as the sole member of singing 'duo' Sugar and Dandy. Apparently, London's Carnival Records was on the lookout for a Jamaican vocal duo and the resourceful Livingstone got the gig by double-tracking his vocals on sides such as What a Life, his first hit. (The duo's name represents Livingstone's dual strengths: his sweet singing voice and impeccable fashion sense.) A partner was later found to portray 'Sugar' in live performances and, when the new twosome fell apart, a second 'Sugar' was hired. And, no, their names were neither Rob nor Fab, so let's move on. 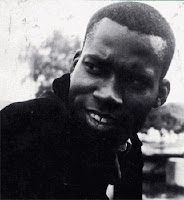 This unusual start to a recording career would, nevertheless, set the stage for what followed. Livingstone's recorded output would often come out billed to various pseudo-groups, (Dandy & His Group, Dandy & The Musical Doctors, Boy Friday & The Groovers), while the production skills that allowed him to be a one-man duo would be used to craft hits for The Marvels, Nicky Thomas and Tony Tribe, whose Livingstone-guided cover of Neil Diamond's Red Red Wine would become the blueprint for UB40's ubiquitous 1983 hit.

So Rudy is only one of Livingstone's accomplishments — but what an accomplishment. Rudy, of course, is just a variant of 'rude boy,' the nattily-dressed young delinquents/aspiring gangsters mostly from the poorer parts of Kingston who roamed the city in the 1960s. Rudy, A Message to You is a word of caution for them, set to the sort of shuffling rock steady beat they preferred. 'Rude boy' culture was the result of vibrant youth culture running up against extreme poverty, so no wonder its music and message struck a note with disaffected youth in Britain during the late-'70s, as unemployment widened and economic recession deepened. The Specials' version of Rudy sounded as contemporary in 1979 as Livingstone's did in 1967.

Differences between the two versions? Actually, there aren't many. The title and lyrics are slightly altered, while Terry Hall, Neville Staple and Lynval Golding's three-part harmonies are rougher around the edges than Livingstone's vocal performance. Otherwise, The Specials' version remains remarkably faithful to the original, right down to guest musician Rico Rodriguez, whose trombone also graced Livingstone's original.

Here is the original recording:

Rudy, A Message to You (link expired)

And here are The Specials, with Rodriguez on trombone, playing A Message to You Rudy on The Old Grey Whistle Test from 1979:

Just so happens I bought the Specials a few weeks ago. So now I know about that song being a cover.

Ska as a genre seemed to come and pass too quickly. I quite enjoy it.

There's tons of Old Grey Whistle Test stuff on YouTube. One that sticks out is the performance of the New York Dolls and "Jet Boy." Once in a whle, an unedited version with the host verbally ripping apart the band in the introduction for it's "lack of talent" shows up. Keep an eye out for it. It's hilarious.

The Specials were an amazing group and split far too early. This is one act I'd love to see play a few more shows, but I doubt Jerry Dammers or Terry Hall would ever do it. The live Specials tracks on the Dance Craze soundtrack are smoking.

Yeah, there are three volumes of Old Grey Whistle Test performances out on DVD in North America; I own two of them. They're both superb. I have the one with Jet Boy on it, followed by Whispering Bob Harris dismissing them afterwards as 'mock rock.' Ah, special times...