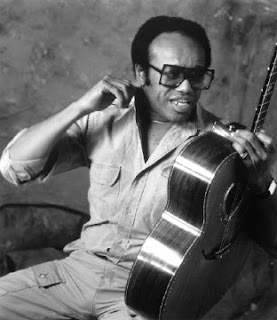 Let's go back 35 years to Academy Awards night, 1973. And the winner for best original song is ... envelope please ... Maureen McGovern's The Morning After, the treacly love theme from The Poseidon Adventure. (The category is for best original song, right? The Morning After is so clearly awful, a character in Poseidon Adventure actually pokes fun at it during the movie.) Also among that year's nominees was Ben, another unctuous love ballad on which a young Michael Jackson pines for a rat. (Who could have guessed he'd grow up to be chimp-befriending oddball? Go figure.)

No wonder filmmakers love this tune. It's a movie in itself: It has a vivid setting (110th Street is the boundary line where Central Harlem begins) and a gritty, compelling narrative, all underscored a cinematic, wall-of-sound production featuring intricate, sophisticated arrangements for string, brass and woodwinds.

The dreamy, wafting intro — reminiscent of the instrumental passages on Gaye's What's Goin' On LP — lures you in. Then with the first verse, the music turns tougher and propulsive as Womack introduces his narrator, the sort of morally ambiguous anti-hero common in 1970s cinema:

I was the third brother of five,
Doing whatever I had to do to survive.
I'm not saying what I did was alright,
Trying to break out of the ghetto was a day to day fight.
Been down so long, getting up didn't cross my mind,
I knew there was a better way of life that I was just trying to find.
You don't know what you'll do until you're put under pressure,
Across 110th Street is a hell of a tester.

The song's chorus, with its grainy snapshots of early-70s Harlem street decay — "pimps trying to catch a woman that's weak ... pushers won't let the junkie go free" — is like a mini-Scorsese film, only hummable. 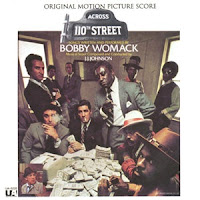 The second verse ends with the narrator pointing out his is not a strictly New York story: "In every city you find the same thing going down/ Harlem is the capital of every ghetto town."

How was this song (and Trouble Man and Superfly) ignored by Oscar voters?

The year before, Isaac Hayes received the best original song statette for Shaft, becoming the first African-American to win an Oscar in a non-acting category. One can only assume Oscar voters didn't want this Academy Awards category to turn into Soul Train so, after going black, they stupidly went back.

To be fair, The Morning After did have a second life, too. In a third-season South Park episode, a succubus uses the song to control Chef and force him into marriage. Is it just coincidence the character of Chef is voiced by Isaac Hayes? Just wondering.

Here is the song that should have won that 1973 best original song Oscar:

That song is awesome. I've seen it covered a couple times so musicians noticed I guess. The Oscar committee missed the boat.