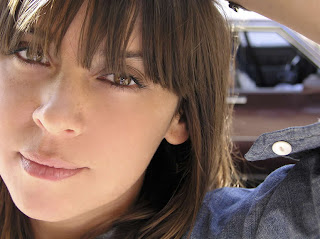 I adore most of Frank Sinatra's body of work but New York, New York has always left me cold, despite being one of his best-known songs.

The 1980 recording is just too showtuney and self-aggrandizing for my tastes, whereas I always preferred Frankie in either an intimate, heart-rending setting (such as on the In The Wee Small Hours or Sings For Only the Lonely albums) or when he's having some fun without being full of himself (Songs for Swingin' Lovers!).

So, I never imagined I could like New York, New York — after all, if the Chairman of the Freakin' Board couldn't do it for me, who could?

Apparently, Cat Power, that's who. I was initially disappointed to learn Chan Marshall had chosen the composition the kick off her new covers collection, Jukebox. Then I put the record on and, uh, I didn't even recognize the song at first. 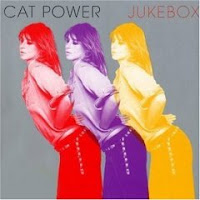 Everything is stripped back: The brass fanfare is gone and so is the swagger. The tempo is dialled down. Half of the original title is missing. And, at the two-minute mark, the song just stops dead in its tracks. But, wow, those preceding 120 seconds are something else.

Carried on a loping drum beat and electric piano, the song moves slowly, staggering in a surprisingly sensual way, which only complements Marshall's approach to the words.

Sinatra belted out the song with big, declarative statements, as if he was going to put his name on every marquee in the greatest city in the world through sheer force of will.

Marshall, on the other hand, is a little sultry, a little slurry, sounding like she just wants to have the sort of good time only the Big Apple can provide, then find a nice gutter from where she can admire the stars.

Who would you rather spend time with?

She's A-number one. Top of the list. Queen of the hill.

Of all the remade Sinatra chestnuts, I particularily liked Iggy Pop and Deb Harry's "Well Did You Evah." Though Cole Porter was long gone by then, decadence never really goes out of style.

This Cat Powers interpretation is interesting, though.

Now if only Cat Power could have worked in a few lines from Nina Hagen's New York New York and that would have been a real mind-blower.

Nina Hagen and Heino: Now that was a duo. Saw that on German Television years ago.

Heino? Not familiar with that duo at all...

Heino is like the German Roy Orbison and Mitch Miller rolled into one big strudel!