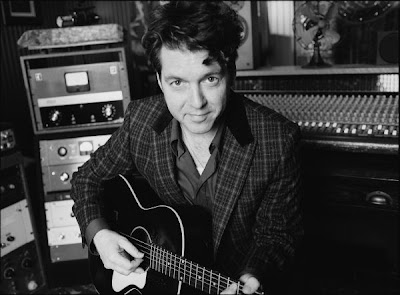 For years, my only significant impressions of Tom T. Hall came from (1) the fact I knew he was the fellow who penned Harper Valley PTA for Jeanne C. Riley and (2) memories of hearing his song I Love played on my local AM top-40 station every hour during the summer of 1974. Back then, my eight-year-old ears determined lyrics such as, "I love coffee in a cup/little fuzzy pups," to be unbearably cornball (and I liked Captain and Tennille at the time!) so I grew into adulthood with the barest notion of the Kentucky songwriter's work and no interest in finding out more.

But in 1998, Calgary drummer Ross Watson, a very persuasive guy with an impeccable taste in music, somehow persuaded me to buy Real: The Tom T. Hall Project, featuring covers of 17 Hall songs from the likes of Johnny Cash, Whiskeytown, Calexico, Iris Dement and Ralph Stanley. The record was a revelation. (Thanks, Ross!) Suddenly, I realized why Hall is known as The Storyteller: using plain and guileless language, he spun compelling tales that embodied the joys, pains, regrets and passions of human existence and did so with both sly humour, searing insight and a keen eye for detail. But the song that knocked me sideways was Joe Henry's radical reworking of Homecoming.

Describing the composition in the liner notes, Henry writes:

Here is a one-sided conversation of an adult singing star who pops in on his widowed father for the first time in years for a brief, obligatory visit while travelling on tour. It's like a Raymond Carver short story — a bite out of the middle of someone's life, beginning abruptly and dangling at the end with a flash of almost unspeakable regret. It is remarkable that with the conversational small talk, we know in a handful of verses all we need to about this man, his relationship to his family, his arrogant facade and his gnawing self-doubt. I still laugh out loud when I hear it, as I'm sure Tom laughed when he wrote it, because what is inherently true is always irresistibly funny somehow.

And the 1969 original is funny because Hall sings the lyrics in a casual, almost clueless way that makes his central character seem oblivious to his thoughtlessness and self-absorption. Henry, on the other hand, goes for pathos. Tape loops, disembodied vocal samples and a cheap beatbox give the track a tired, airless, mechanical feel that underlines the disconnect between singing star, his family and his former life, while Henry sounds world-weary, wracked with regret and resigned to an existence in which stardom will preclude him from laying down any roots.

Highlighted by Henry's rendition of Homecoming, Real: The Tom T. Hall Project is an ideal introduction to the man's songwriting and storytelling talents. Hall, who turns 72 in May, remains active as a songwriter and recording artist, having released Tom T. Hall Sings Miss Dixie & Tom T. last year on his independent bluegrass label Blue Circle Records. He will be inducted into the Country Music Hall of Fame later this year.