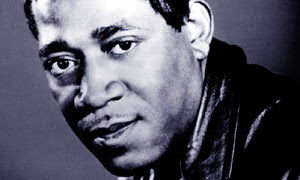 Bongo Jazz A Speciality is intended to be a rather free-form blog devoted to all styles of popular music but, starting today, I add a little structure with Sunday Soul, devoted to classic R&B and reggae/dub sides, mostly from the '50s, '60s and '70s.

Let's start with James Carr's outstanding version of the Bee Gees' To Love Somebody.

Barry and Robin Gibb wrote the song in 1967 specifically for Otis Redding; alas, Stax/Volt's deep soul supremo was killed in a Dec. 26 plane crash before recording the track. The tragedy didn't stop To Be Somebody from becoming a pop music standard: The Bee Gees' version, with Barry on lead vocals, was the group's second single, spawning literally hundreds of cover versions over the years. Here's one of the best and one that hints at what Redding may have done with the song. 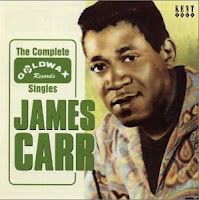 James Carr, like Redding, grew up singing in the church in the Deep South. Also like Redding, Carr became an exemplary deep-soul vocalist who recorded in Memphis during the 1960s. But whereas Redding cut sides for Atlantic-distributed Stax-Volt, Carr toiled for a significantly smaller label, Goldwax, and, as such, never got the recognition afforded to his contemporaries at Stax and Motown. (His best-known track, Dark End of the Street, reached only No. 77 on the pop charts in 1967). But popularity and quality are two very different things and Carr's Goldwax output is among the best soul music of the era.

Listen to Carr's To Love Somebody and you know you're in the hands of a master. He imbues the Gibbs' lyrics with so much passion and anguish that you can't listen to this passively as it plays in the background; it'll stop you cold everytime. "There's a light/A certain kind of light/That never shone on me," are the opening lyrics and Carr delivers them with utter conviction. You can't help but think he could be singing about his career or his life in general. (The pain you hear is likely real, as Carr suffered from bipolar disorder most of his life.)

To Love Somebody should have been a commercial triumph for Carr but, instead, the song peaked at No. 44 on the U.S. R&B charts. Carr would release only one more single for Goldwax (Everybody Needs Somebody in 1970) before the label folded. Carr continued to tour and record (for a variety of labels, mostly obscure) but his Goldwax days would prove to be his most successful, artistically and commercially.

Carr died of lung cancer on Jan. 7, 2001. Later that year, Kent compiled all 14 of Carr's Goldwax 45s, the A and B sides, on The Complete Goldwax Singles, the best introduction to this phenomenal but underappreciated vocal talent.

To Love Somebody (link expired)