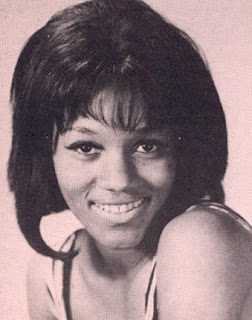 Soft Cell's Tainted Love is one of the most successful and well-known pop songs of all-time, hitting the top spot in 18 countries and remaining on the U.S. singles charts for a record-breaking 43 weeks. No wonder the song is synonymous with the British electro-sleaze duo. But it's not a Soft Cell original.

The song was written by Ed Cobb (also the author of Brenda Holloway's Every Little Bit Hurts) and originally recorded in 1964 by Gloria Jones, who was born in Longview, Tex., in 1938 but raised in Los Angeles since the age of 2.

She had a lot of recording experience before releasing Tainted Love, her debut solo single. Her all-girl vocal group The Blossoms — whose ranks once included Darlene Wright, later rechristened Darlene Love — didn't have much chart success on their own but their session work can be heard on Bobby Pickett's Monster Mash, Sam Cooke's Chain Gang, Shelley Fabares's Johnny Angel and Bobby Day's Rockin' Robin. Jones left the group in 1962. 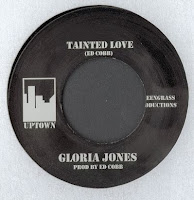 Which, for all intents and purposes, brings us to Jones's version of Tainted Love.

Whereas the 1981 hit was mid-tempo and moody, perfectly underscoring the content of the lyrics, the original is an uptempo, brassy soul stomper that opts for exuberance over anguish. It's still a fine bit of high-energy soul, sure, but nothing so special that it'd stand out from the classics being produced at Motown and Stax.

Tainted Love was not a hit for Jones, who would later secure her spot in pop music history — alas, for tragic reasons. In the early 1970s, with her ascent to solo stardom still on the ground floor, Jones moved to the UK where she met Marc Bolan, fell in love, joined T-Rex as a singer-keyboardist (she appears on five albums from Zinc Alloy to Dandy in the Underworld), married Bolan and gave birth to their child Rolan Bolan. But on Sept. 16, 1977, she crashed her Austin Mini into a roadside tree in southwest London, killing Bolan, her passenger.

Jones was charged for driving under the influence but didn't face trial, as Jones and Rolan had already moved back to L.A. Jones continued to record for her increasingly 'selective' audience. According to multiple reports, she has quit the music biz and is now working in an orphanage in Sierra Leone. She'll turn 70 in September.

And one final note about Tainted Love: The song also was recorded in 1975 by Ruth Swan and, again, the song sank into obscurity. But she was obviously onto something good: If you have the chance to hear it, you'll immediately realize Soft Cell's Marc Almond patterned his approach and phrasing on Swan's version of Tainted Love, not Jones's.

Ed Cobb has quite the eclectic resume.

Big fan of the Jones version, and would disagree with your contention that its not without its own tension.