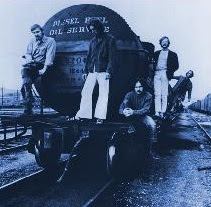 Lou Reed and Iggy Pop are the popular choices but there are countless other artists who've been called The Godfather of Punk. But I've yet to hear anybody called the Godfather of New Wave, punk's arty, herky-jerky cousin.

The Elastik Band certainly deserve a nomination, if not an acclamation, for its awesomely odd 1967 single, Spazz.

The five-piece formed in Belmont, Calif., just outside of San Francisco, in 1965. Spazz was just the group's second single and, despite the year and place of its conception, the song is hardly a product of Summer of Love hippiedom.

The track is years ahead of its time; its angular guitar riffing, spastic rhythm track and manic, seemingly unhinged vocal suggesting a future where Trout Mask Replica, Television and Devo would be possible. Yet the unexpected Oriental and trad-blues motifs ensure there's never been a single quite like Spazz. 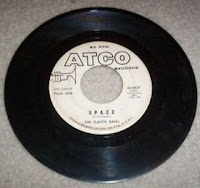 Amazingly, the single was released on a major label, Atlantic subsidiary, Atco. Nowadays, Spazz is the Elastik Band's calling card and best shot at immortality but, back then, the song derailed the group's career before it really started.

Apparently, many thought the song's vicious, mocking lyric was directed at the mentally or physically disabled when, in fact, the truth was something altogether different.

I was straight when it came to marijuana or psychedelics even though drugs were prevalent at the time. It was difficult to avoid drugs and most everyone was trying to get me high which made me feel kind of like an outsider and even more rebellious about it. While everyone seemed to be dropping acid and eating magic mushrooms during the San Francisco music explosion, I wrote Spazz as an anti-drug statement, never thinking it would ever be interpreted as anything else. In retrospect, I doubt anyone other than me knew what it was really about.

The Elastik Band had recorded enough material for a couple albums but, after the controversy over Spazz, the group had only a couple of late-'60s singles green-lighted, neither of which conjured the inspired lunacy or sonic prescience of Spazz.

Today, Cortopassi runs an independent label, Digital Cellars, that has finally released some of The Elastik Band's long-mothballed tracks.