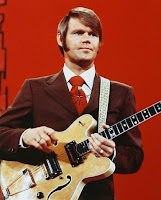 Here's one of the greatest Brian Wilson songs you won't find on a Beach Boys record.

In 1965, Glen Campbell was still a few years away from recording Jimmy Webb-penned classics By The Time I Get To Phoenix, Galveston and Wichita Lineman (and an entire decade away from Rhinestone Cowboy). He was a 29-year-old session musician whose own solo career had failed to gain any traction. Enter Wilson, who wanted to give Campbell a "present" for filling in for him during a recent Beach Boys tour. Guess I'm Dumb, originally slated for the Beach Boys Today! album, is a helluva gift. 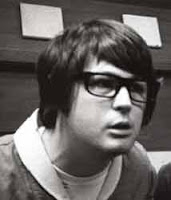 It's a classic, mid-60s Wilson production (albeit let down by a somewhat murky mix) featuring a lovely, melancholy melody that perfectly complements the downbeat lyrics. Surprisingly, the words were written by Russ Titelman and not Wilson, whose fragile self-esteem would seemingly inspire such lines as: "I'll give in when I know I should be strong/ I still give in even though I know it's wrong, know it's wrong/ I guess I'm dumb but I don't care."

The single was not a hit. That murky mix might have been one reason for the record's commercial failure but, really, it's those words that likely prevented Guess I'm Dumb from joining California Girls and Help Me Rhonda on the 1965 charts. Pop stars are supposed to be better than you and me -- happier, sexier, smarter, richer. They're certainly not supposed to put themselves down. (I know, I know: Unless you're John Lennon singing Help! or Nowhere Man...) 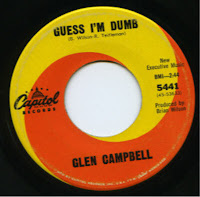 The three principals behind Guess I'm Dumb would move onto bigger things. Campbell would achieve his solo stardom two years later after teaming with Webb; in 1966, Wilson would craft his masterpiece, Pet Sounds; and lyricist Titelman would go on to produce the likes of Buffalo Springfield, Paul Simon and Rickie Lee Jones. Yet Campbell, Wilson and Titelman should still be proud of these two and a half minutes of pop pleasure.

The lyrics are so in line with Brian's self-doubt and tendency to give in to others, that Brian must have had a hand in writing it. He must have made suggestions, especially with the title.

I think it wasn't a hit because there are so many words in unusual places. The phrasing is hard to sing along to--it's almost more like a jazz vocal.