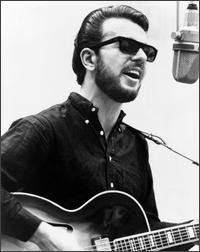 A little pop music trivia for you: Other than Bob Dylan and The Beatles themselves, who's the only other pop singer depicted on the cover of Sgt. Pepper's Lonely Hearts Club Band? The answer is Bronx-born Dion Francis DiMucci, better known as simply Dion, who is entering his 51th year (!) as a recording artist. He's as active as ever, having released five albums this decade including the back-to-back triumphs Bronx in Blue (2006) and Son of Skip James (2007).

But today I want to write about 1968 B-side Daddy Rollin' (In Your Arms), a once-hidden gem in the Dion oeuvre that's now being rediscovered thanks to its inclusion in several recent Dion re-releases.

I first heard the song on the superb three-CD career retrospective, King of the New York Streets. When I bought the box set, I knew about Dion's doo-wop days as leader of the Belmonts (I Wonder Why, Teenager in Love) as well as his late-60s renaissance as a singer-songwriter (Abraham, Martin and John).

I didn't expect to hear something like Daddy Rollin', which sounds like Dion backed by the Velvet Underground. The churning blues riff and wiry lead guitar work could be the work of Lou Reed and Sterling Morrison, while the driving metronomic drumming is pure Moe Tucker. Oh yeah, and Dion is likely singing about smack. Could it be the King of the New York Streets recorded with the Kings of the New York Underbelly? Alas, no, although that would have been one hell of a collaboration.

The real story: In early 1968, his career in the toilet and his personal life in tatters, Dion decided to kick his longtime heroin habit. He was clean, but he hadn't been clean for long, when he gathered some musicians he had met around his Florida home for a recording session in a small studio space near Dion's house.

In the liner notes of King of the New York Streets, Dion says of the track:

This one's kind of multi-dimensional. It can be a love song or it can be about drugs. I recorded it in the back of a bowling alley with a bunch of Jamaicans. We were banging on cardboard boxes. I had my Gibson Birdland guitar and we just let it roll. 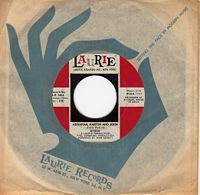 What they laid down embodied the danger and intensity of the times. Daddy Rollin' is swampy, claustrophobic and raw; Dion's edgy, agitated vocal suggests he was still going through some withdrawal symptoms when the stepped up to the mic. Dion may say "it can be a love song" but listen closely to those lyrics and it's clear: This Dion-penned song is about his days as a smack junkie. (As if the bracketed part of the song title isn't a big enough clue.)

Despite this subject matter, the song sold incredibly well ... as a B-side of Dion's 1968 comeback hit Abraham, Martin and John (pictured above), which also summed up the spirit of the times but did so with a gentle, horn- and string-sweetened arrangement and a calmer, more reflective tone. Yet Dion sounds utterly convincing on both sides of this classic Laurie 45, which speaks to the great man's talent and versatility. No wonder his recording career is entering its second half-century, his vitality undimmed.