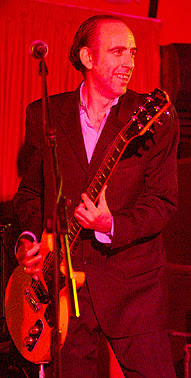 Fans attending a Carbon/Silicon show last Friday in London were in for a treat, as singer-guitarist Mick Jones invited a special guest onstage during the encores: former Clash bandmate Nicky (Topper) Headon. Carbon/Silicon, with Topper behind the drums, played Clash favourites Train in Vain and Should I Stay or Should I Go.

The two hadn't performed together onstage in 25 years, when Headon was ousted from the Clash (due to his heroin addiction) following the sessions for the band's Combat Rock album. Jones, himself, was kicked out of the Clash a year later and, for a time in 1984, Jones claimed he had reteamed with Headon and they were planning to play and record as the Clash, too. That never came to be and thank goodness (as one fake Clash lineup was already one too many). Jones eventually put together his first lineup of Big Audio Dynamite, sans Headon, who was still a few years away from conquering his personal demons.

Given the name of this blog, which is pilfered from the Clash's cover of Revolution Rock, you'd be right to assume news of Jones and a now-clean Headon performing together was welcomed around these parts.

Hence, today I'll post a couple Clash songs from the Combat Rock sessions that have never been officially released: Beautiful People Are Ugly and Kill Time. 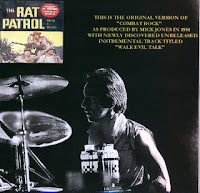 These songs were among those axed by veteran producer Glyn Johns, who was asked by Clash frontman Joe Strummer and manager Bernie Rhodes to turn the Jones-helmed double album Rat Patrol From Fort Bragg into a less sprawling, more commercial single album that the world would know as Combat Rock.

Johns also binned First Night Back in London and Cool Confusion, which would emerge as B-sides, and a seven-minute, jazzy instrumental Walk Evil Talk, which remains unreleased (at least officially). Did Johns make the right decisions? I think so. Walk Evil Talk is filler, while Strummer-sung Beautiful People Are Ugly and Kill Time sound like Sandinista leftovers, although they certainly deserve to see the light of day at some point. Last year, I was hoping for a 25th anniversary edition of Combat Rock with a bonus disc featuring the original Jones mixes and unreleased tracks. Maybe we'll have to wait for a 30th anniversary edition in 2012. Till then, download and enjoy.