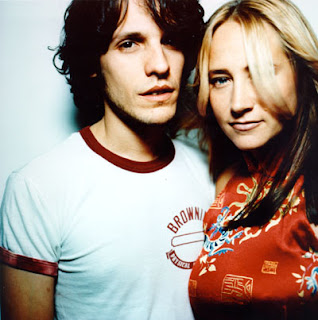 For instance, I was totally sucked in by the trailer to Cloverfield because it offered few, if any, clues about what was destroying Manhattan. The unknown was tantalizing and unnerving. But intrigue curdled into disinterest when reviews revealed The Big Apple was being stomped by Michael Vick's wet dream: a violent, oversized pitbull that spawns more often than the Spears girls. Yawn.

Which, naturally, brings me to Joy Zipper. (At this point, just nod and smile as if the preceding sentence wasn't a shameless non sequitur.) In the summer of 2005, I must have listened to the Long Island duo's single, 1, a few hundred times even though — or possibly because — I had no idea what the damn thing is about. Certainly the song is catchy enough, chugging along like one of those caramel-centred Pixies pop songs like Here Comes Your Man, Dig For Fire or Wave of Mutilation (the latter covered by Joy Zipper on a Pixies tribute CD). Vinny Cafiso and Tabitha Tindale's boy-girl harmonies on the chorus are nice, too. And when it ends after two and a half minutes of fizzy sonic bliss, you feel compelled to hit the repeat button because you're still wondering: Nice pop song but what the hell is it about? 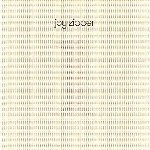 Cafiso takes the lead vocal on this one and his opening line draws you right in: "Lying naked in the sun/Making at eyes at everyone/You're the one." And who is this One? In the same verse, more clues: "And the flowers and the trees/All laughing at your bike/And the neigbours kids run and hide/If they only knew you were really one of them/But you're not/You're the one."

The One could be just some outcast kid. But why would neighbourhood kids run and hide from the One? Because The One is a big loser? Because The One is deranged and dangerous? That might explain why The One is lying naked in the sun, making eyes at everyone. Of course, Cafiso might not be a omniscient narrator but The One him/herself, playing out revenge fantasies in his/her head. The unknown is tantalizing and, yes, a little unnerving.

Grown men should not spend this much time and energy mulling a pop song, I know, but this one really is a monster. And an enigma. It was ignored by radio in North America when it should've been a blockbuster hit of Cloverfield proportions.